A man has been berated by his friend for not making an effort to upgrade his girlfriend’s phone to one that is close to his in terms of the model. 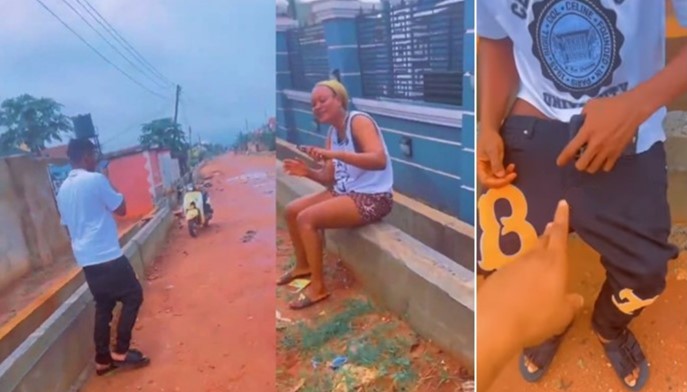 His friend tackled him for allowing his girlfriend to use an iPhone 6 while, he, on the other hand, is using an iPhone 12 Pro Max.

In a video posted on the internet, the buddie could be seen collecting the girl’s phone to compare with that of her boyfriend.

He chided the guy for claiming to love his girlfriend while refusing to shower her with nice things which will reflect his true feelings towards her.

Best friends gush as they get pregnant at the same time

Why I refused to join politics despite pleas – Veteran actor, Nkem Owoh