Nigerian singer, Joshua Olonitan, better known as Slim Joe, has passed on at the age of 30.

His colleague, Raymond Gbaji, confirmed his death via his Facebook post, where he penned a touching tribute to Olonitan. 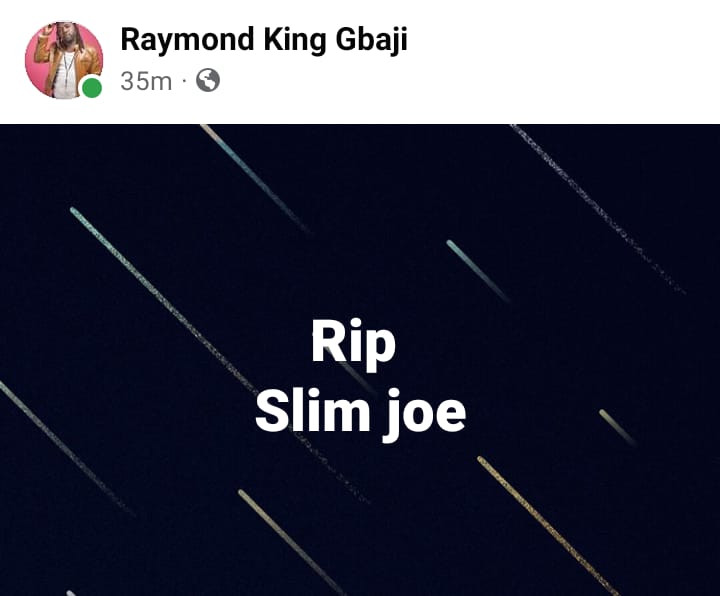 The versatile entertainer, who hails from Odo-Ayedun in Ikole Local Government Area of Ekiti State, had been on dialysis for some time after he was diagnosed with kidney failure.