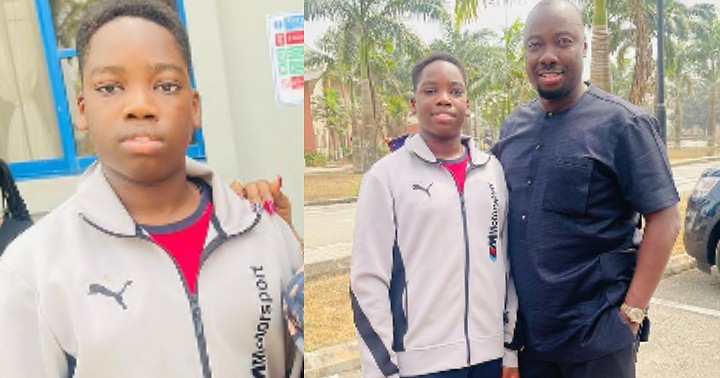 Apart from being a billionaire businessman, Obi Cubana has something else to brag about following reports of his son’s school grades. 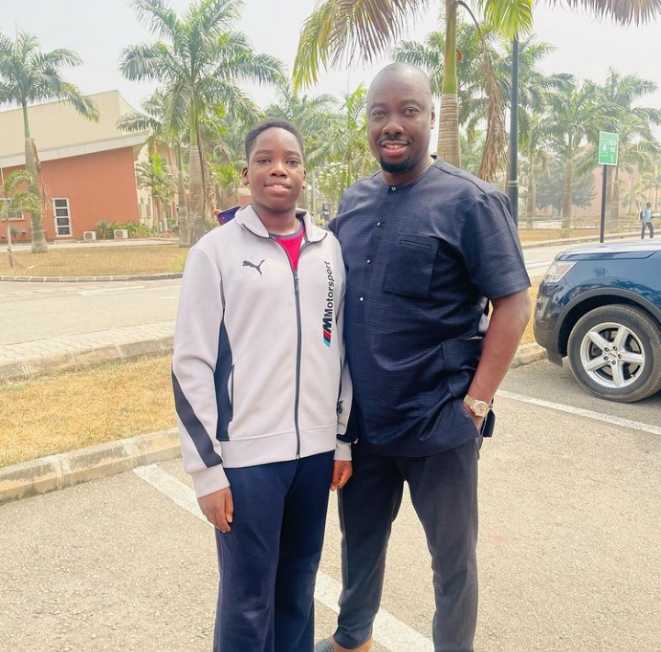 Apparently, his wife recently visited their first son, Alex in boarding school and she could not help but brag about the impressive records he already set.

Alex reportedly did very well in a mathematics competition in the whole school, he came first in his class and is also one of the top 20 highest point holders.

Alex is a student without a minus point, a house captain and also one of the top five badges and 20 academics in his ssschoR

“Manga high Cobis Competition (maths )—— 2nd position in the whole school. 1st position in Year 8. Top 20 highest points. Top 20 academics. Top 5 badges. Student with no minus points. House captain. Allow me brag a little! .My SON in whom I am well pleased”, she wrote. 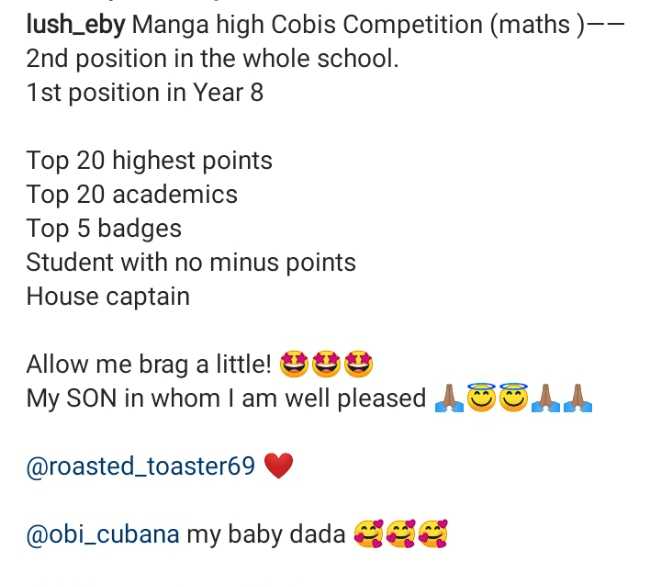 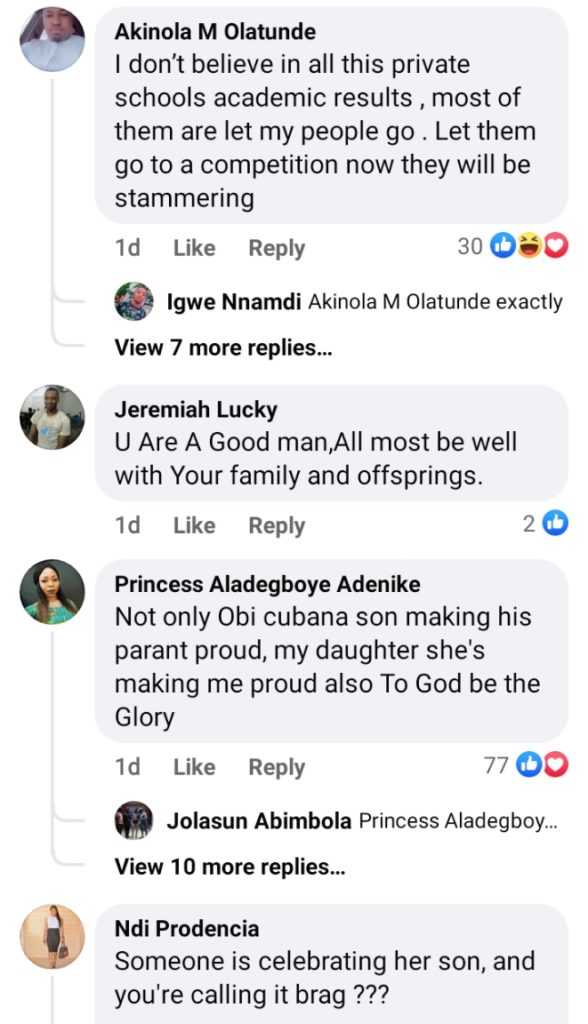