The Nigeria Railway Corporation has stopped services on the Abuja-Kaduna route following allegations that a part of the train track was bombed by bandits. 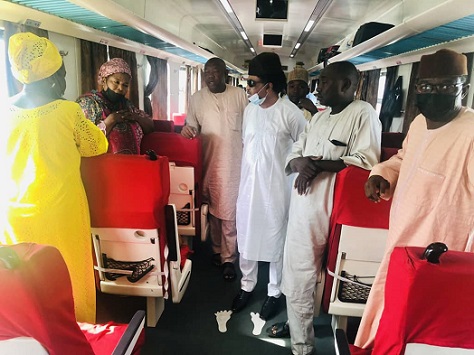 Officials of the corporation confirmed on Thursday that services on the route had been halted but stated that investigations were ongoing to determine if the facility was actually bombed as widely speculated.

We earlier reported how a former Senator from Kaduna State, Shehu Sani, posted on his verified Twitter handle that bandits attacked a train on the route on Wednesday.

Sani said “Yesterday (Wednesday) terrorists attacked the Kaduna-Abuja railway with an explosive and opened fire on the train, targeting the engine driver and the tank.

“This (Thursday) morning, I was onboard when our train ran over another explosive damaged rail.”

The Abuja/Kaduna Train Service Station Manager, Paschal Nnorli, has now confirmed that there was an attack on the train, but could not tell if it was with an explosive.

“Yes, there was an attack, but right now I cannot confirm if it was an explosive or bomb attack as people are saying,” he said.

Nnorli added, “Investigations are ongoing and I’ll give you updates as they come in. Out engineers have been mobilised to the area. And right now we have suspended services.”