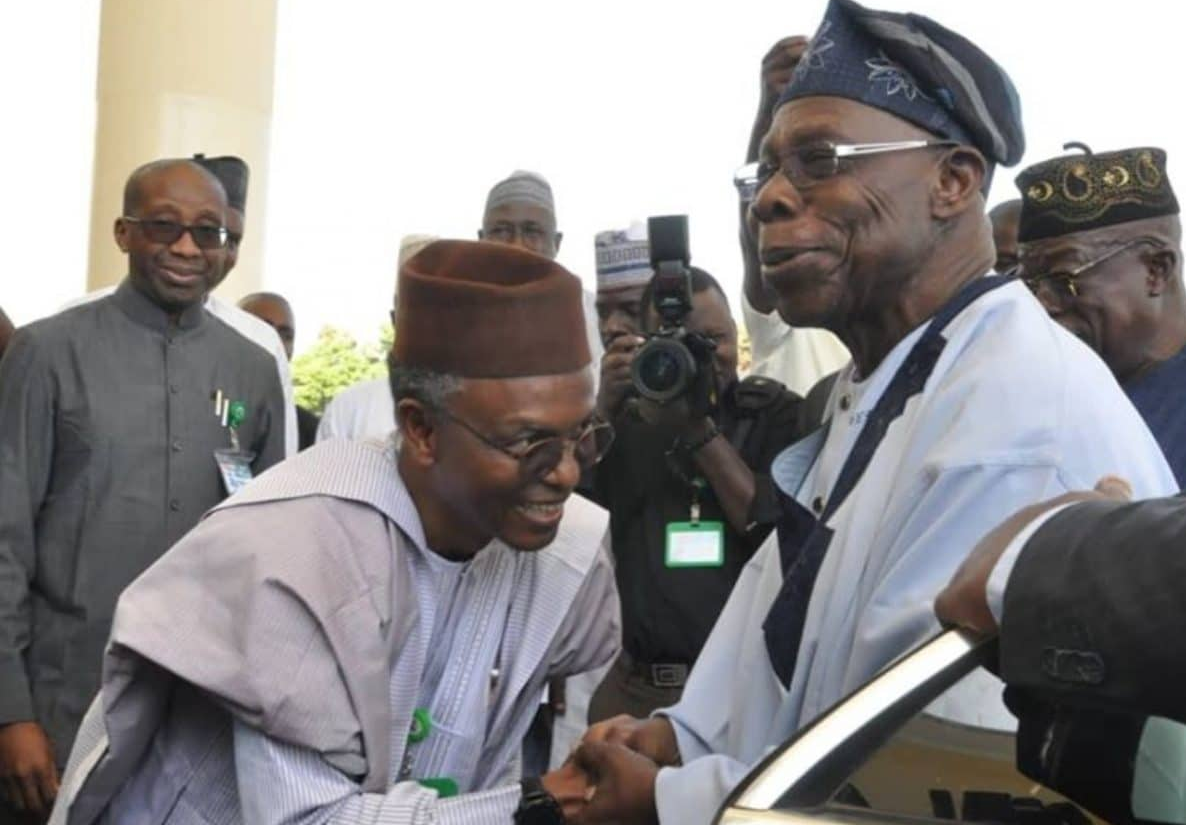 Former President Olusegun Obasanjo has described Kaduna town as a melting pot of all the ethnic groups in Nigeria and commended the pan-Nigerian character of Governor Nasir El Rufai’s cabinet.

The former president who was in Kaduna on a private visit to Governor El Rufai on Wednesday described himself as a son-of-the-soil having lived in Kaduna from 1959 to 1967 and built his first house at the Makera area of the town.

According to the two-time Nigerian leader, he was at the Mogadishu Battalion in Kaduna between 1959 and 1967, adding that his visit to Kaduna is like a home-coming.

Chief Obasanjo further said that the battalion was the first to be Nigerianised and it had soldiers from all over the country.

He expressed happiness that El Rufai has recreated the Kaduna of old because his State Executive Council reflects a mini Nigeria.

The former president whom El Rufai had served as Minister of Federal Capital Territory(FCT), pointed out that the governor of Kaduna state is one “one of the best persons to work with. He is a near-genius.”

The former president went down memory lane by recalling El Rufai’s spat with the senate, maintaining that the former FCT Minister was asked to apologise but ‘’he refused to write a letter of apology to the senate.’’

“We need a character like this, a man that you know where you stand with him.

Any job given to him will be well done,’’ the former president further explained.

Obasanjo told the people of Kaduna State that they ‘’have a good leader to work with.”

The former president also described El Rufai as a good student because he copied gender inclusiveness when he served in his administration, adding that ‘’I made women matter in my government. He has done the same in Kaduna. He is a very good learner.’’

Governor El Rufai described former President Obasanjo as a mentor, adding that he learnt many public service skills from him when he served in his government as a minister.

The governor of Kaduna state further thanked Chief Obasanjo for finding time to come to Kaduna to see things for himself.