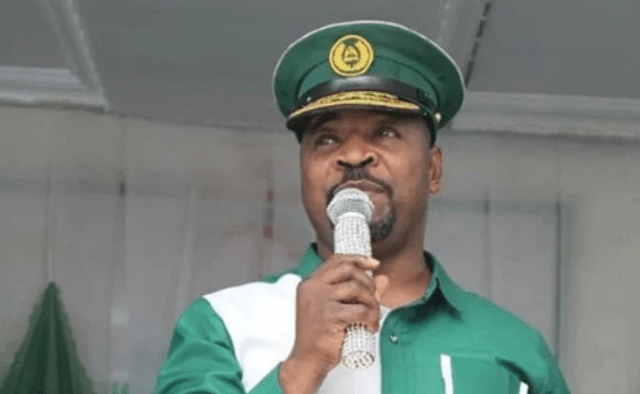 The Lagos State Chairman of the National Union of Road Transport Workers, Musiliu Akinsanya, aka Mc Oluomo, has summoned the branch chairmen in the areas where commercial transportation was grounded following a protest against the state task force and the Lagos State Traffic Management Authority.

Hundreds of commuters were stranded on Monday as NURTW members protested against alleged extortion by the government agencies.

During the protest, some of the union members refused to convey commuters to their various destinations along some areas on Ikorodu Road.

Footage reposted on Instagram showed an unnamed witness lamenting the hardship commuters experienced during the protest, adding that many people resorted to trekking in the absence of commercial buses.

“The conductors and agberos have stopped everyone from moving; everybody whether commercial or red bus, drop your passengers.

A spokesman for the task force, Femi Malik, urged the demonstrators to channel their grievances to their respective transport unions for an amicable solution.

Jimoh Buhari, an aide to Akinsanya, said all the branch chairmen in the areas concerned had been summoned, adding that his boss would also meet the affected agencies.