A video making rounds online shows the moment guests at an event were served food directly from a stove with open flame. 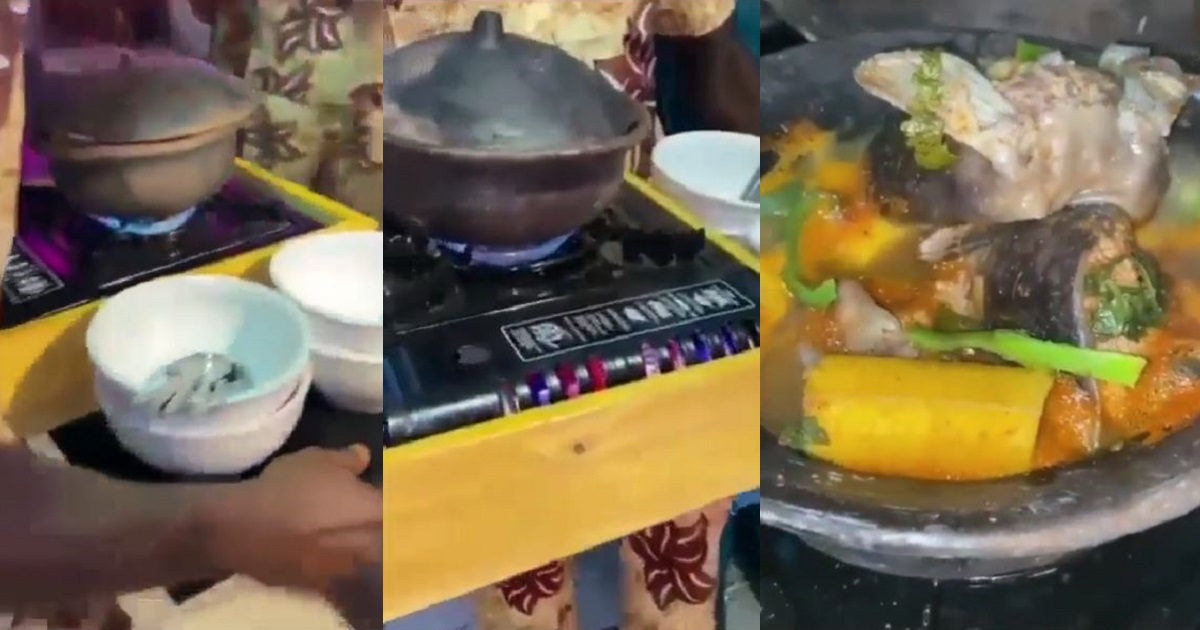 It was gathered that the unique concept was to ensure the food remained sizzling hot for the party guests during consumption. 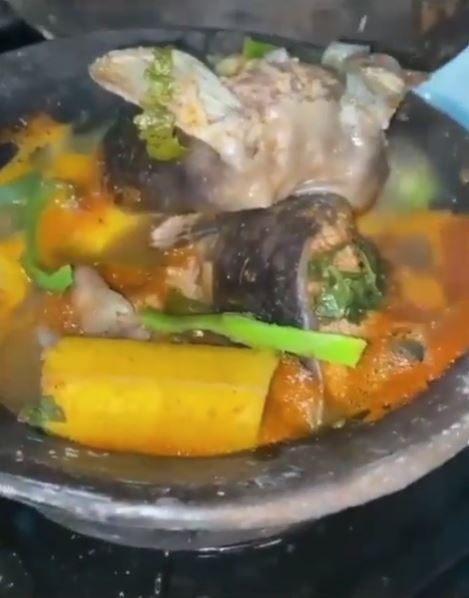 In the trending video, two servers were seen carrying a stove believed to be a gas stove with a clay pot on it which was eventually opened to unveil catfish pepper soup with plantain.

The video has gotten social media users talking online as they point out the danger of having open flame at an event hall with dozens of people. According to some critics, the party planner went overboard with the idea.