Peter Okoye has openly supported Pastor Adeferasin’s Plan B of his church members leaving Nigeria — a thing you can also call JAPA. 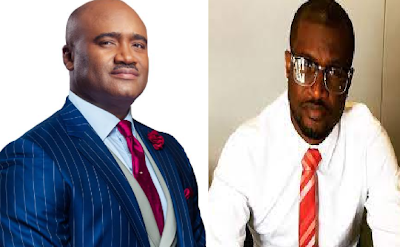 The Senior Pastor of the House on the Rock Church Lagos, yesterday told his congregation to have a plan B of leaving the country with the way Nigeria is heading.

The Pastor used himself as an example and told his congregation that he was already getting a plan B of leaving the country as well.

Shortly after his message went viral, Peter Okoye also gave him a thumbs up by supporting him 100percent.

Okoye on his page tweeted; ”Always have a Plan B in all you do. No lies!”