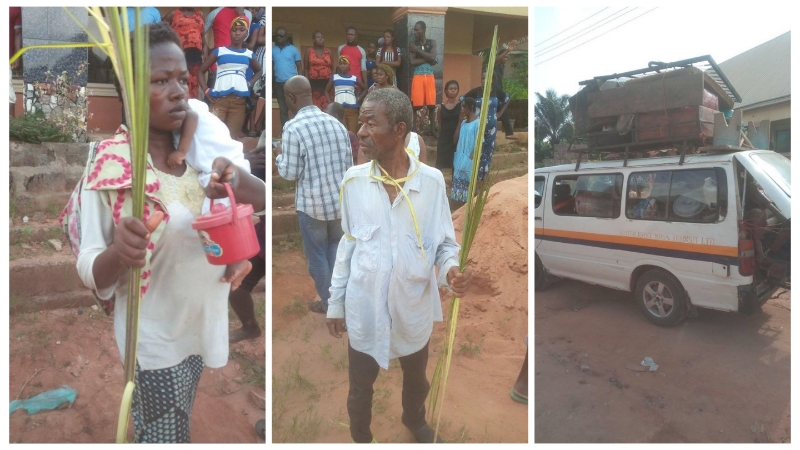 A man in his sixties has been banished by the residents of Okofia, Otolo Nnewi in Anambra state for reportedly impregnating his daughter twice.

Pictures of the banishment have gone viral on social media platforms and the elderly man, a native of Okija in Ihiala Local Government Area who was banished had palm fronds tied on his neck.

A closer look at the pictures show that the daughter who was carrying a baby also had palm fonds tied on her leg to show that they engaged in abominable acts.

The properties of both father and daughter were packed by the community members and taken to a waiting bus that will convey them out of the town.

According to a facebook user, Okoro Abraham who shared the photos wrote;

“Happening now at Okofia Otolo Nnewi, the location of the unizik college of health. This man from Okija impregnated his own daughter for the second time, now they are asked to leave Nnewi.” 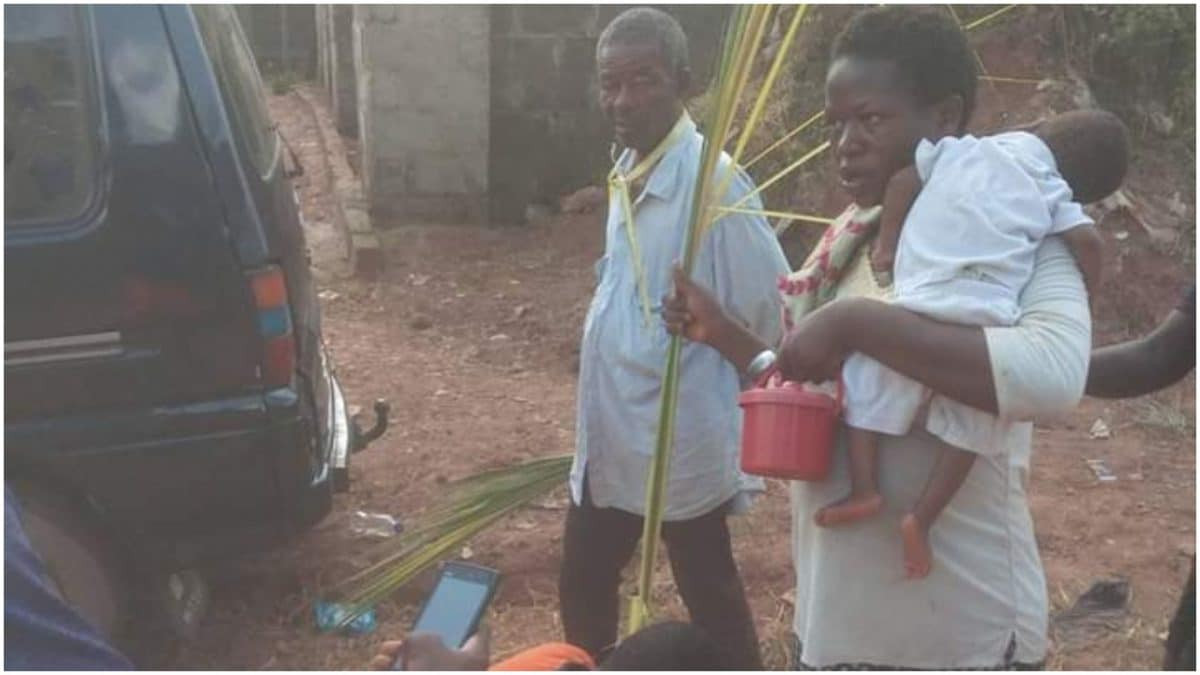 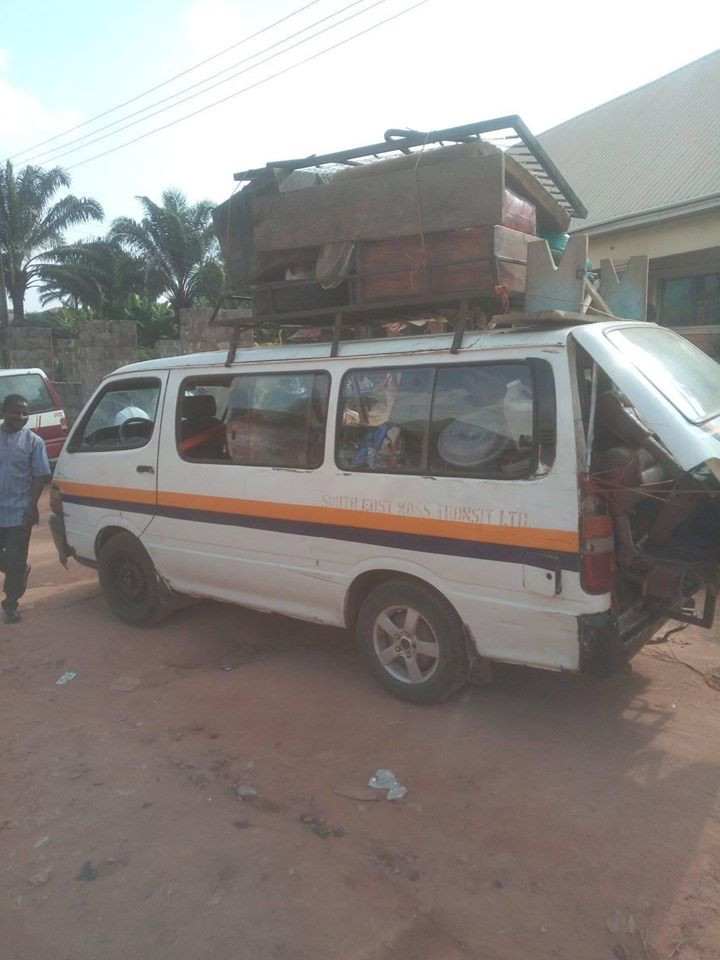 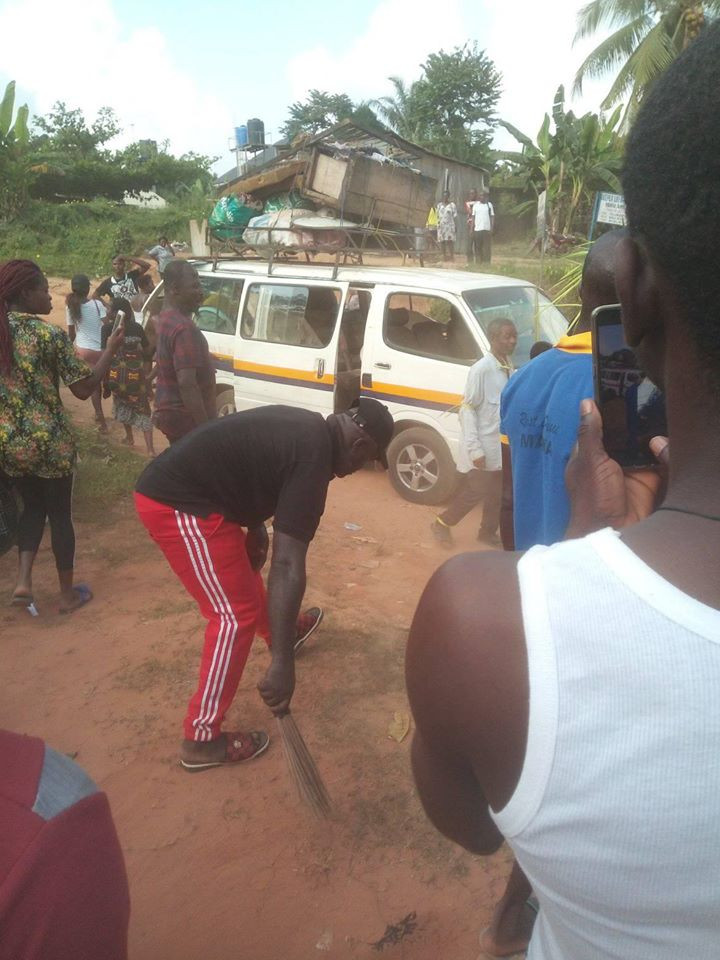 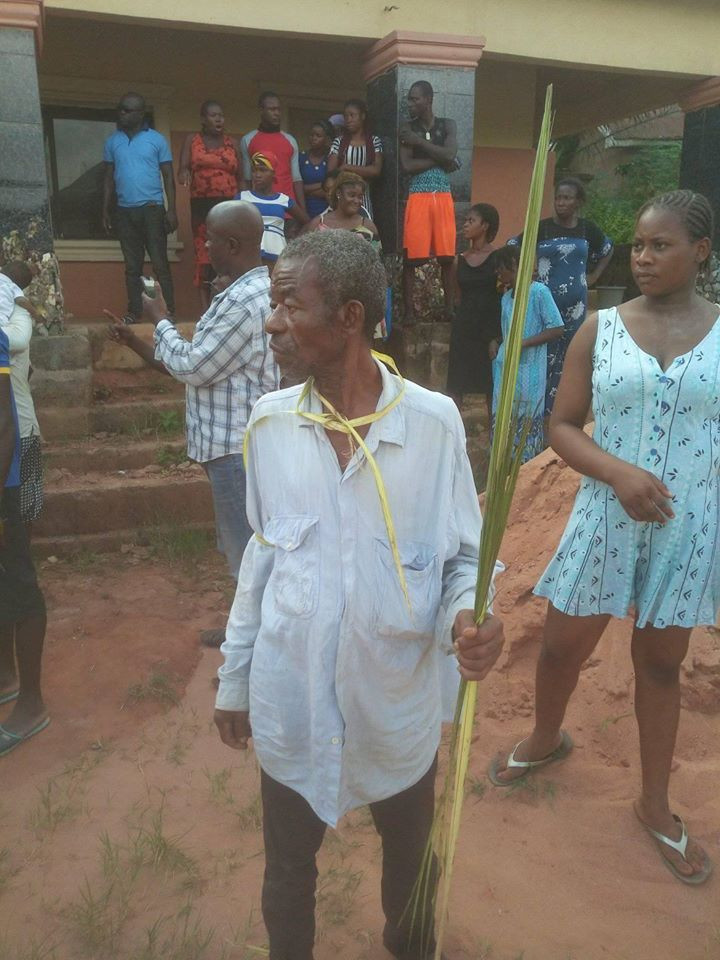 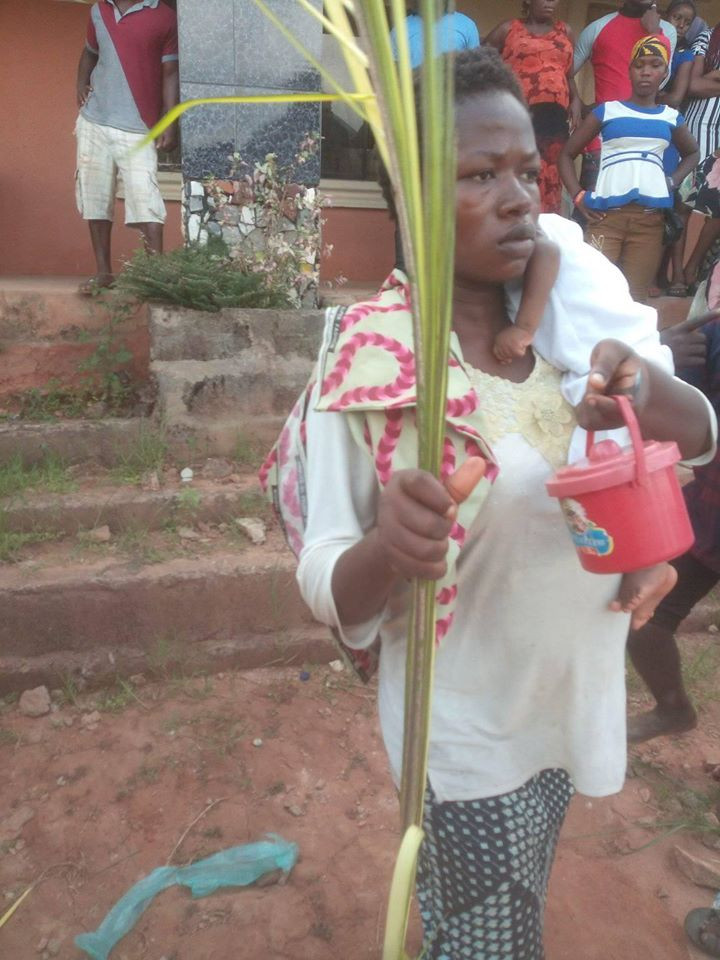 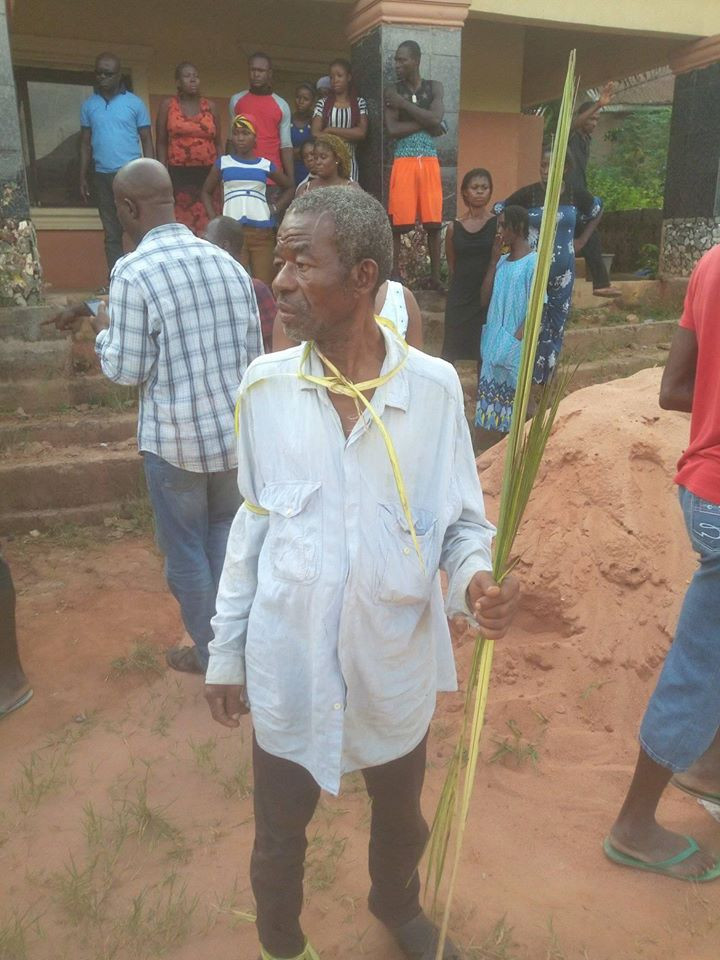 Heartbreaking! Nigerian Nurse And His Fiancée Perish In Motor Accident 6-weeks After They Got Engaged