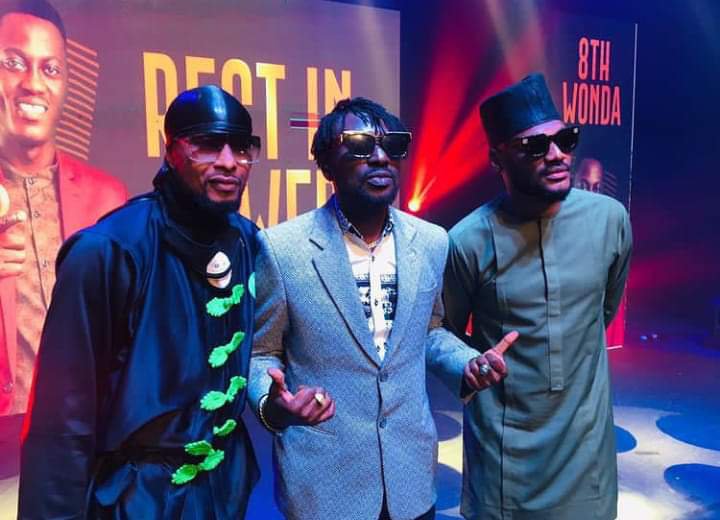 I saw this photo from Sound Sultan’s tribute night.
Yes, they reconciled and hugged it out after all these years of acrimony.
Let’s appreciate how legendary this image is.
It’s a chronicle of tales.

The last time we saw all 3 of them together like this was during their 2008 ‘Plan B’ album.
And that was on the album cover and promotional photos.

A public appearance would’ve been the ultimate sign of a reunion for fans, it would’ve been the golden moment but it didn’t materialize.
It was supposed to be at the press conference for that project, but they didn’t attend due to fresh disputes occurring in the making of the album.

After that, they’ve never been in the same space until last weekend at the event in honour of Sound Sultan.

In this photo, I don’t see who’s better or more accomplished than the other.
I see three very talented veterans who are stronger together.

That said, I feel the only thing left to do is a comeback album to cement their legacy properly.
Maybe an EP or just a single, since they’re a little past their prime, added to the fact that some of their fans are now parents and busy paying children’s school fees. The Rema generation don’t even know what this whole talk is about.

Finally, whatever they do should have Blackface at the centre of the creative process. Let him finish what he started – for the honour!