Home NEWS Policeman Who Gun Down Truck Driver ‘Because Of N50 Bribe’ In Ondo... 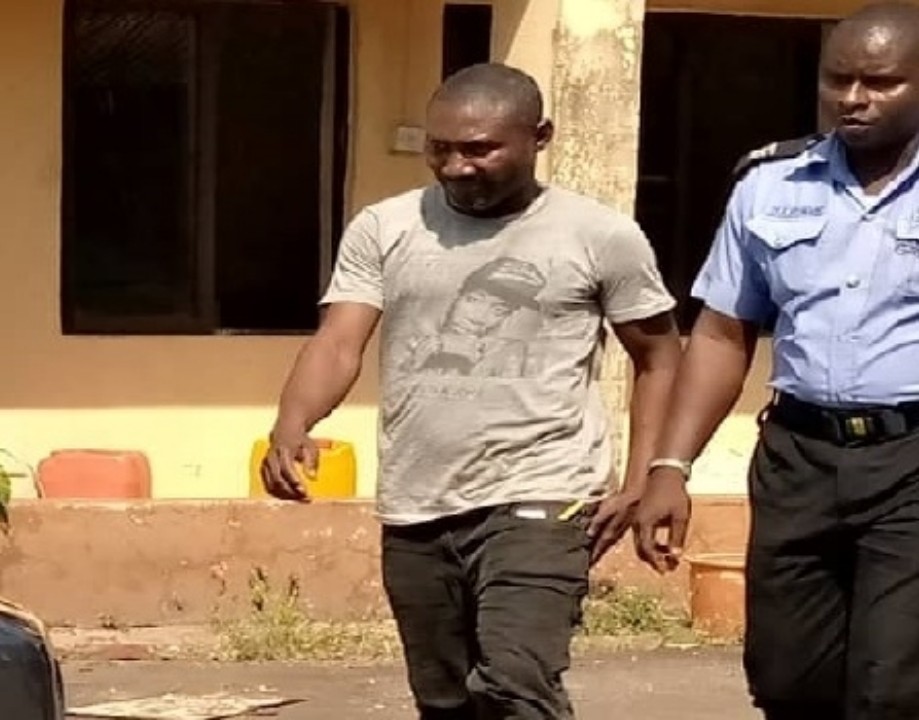 A Magistrate Court sitting in Akure, Ondo State, has ordered the remand of a 37-year-old police officer, Idowu Omosuyi, to Olokuta Correctional Service, for allegedly killing a truck driver, Ade Saleh, along Uso/Owo in Owo Local Government Area of the state.

WITHIN NIGERIA recalls that Omosuyi, shot dead the truck driver, Saleh at Uso Junction in Owo Local Council Area of Ondo state following his refusal to pay N50 bribe to him.

Omosuyi was arraigned on a one-count charge of murder, shooting the truck driver on the head with his AK47 rifle, leading to the death of the driver.

According to the Police prosecutor, the accused committed the offence which is contrary to section 316 and punishable under section 319 on the criminal code cap 37, Volume 1, of the Ondo State of Nigeria 2006.

The Prosecutor officer, Inspector Goodluck Uloh, prayed the court for the remand of the accused in prison custody pending the advice from the office of the Director for Public Prosecution (DPP).

The accused lawyer. Mr Ademola Ikujuni, opposed the prosecutor’s application, informing the court that he was just served with the application in the court.

He explained that it was against the practice and therefore, prayed the court to order that the defendant be returned back to the Police custody.

However, Magistrate (Mrs) Charity Adeyanju, ordered the remand of the accused to Olokuta, Correctional, while the case was adjourned till December 27, 2019, for hearing of the motion.