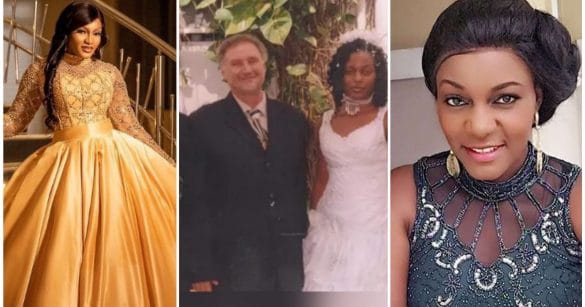 Veteran Nollywood actress Queen Nwokoye has shut down the ongoing speculation that she is married to a white man.

The rumours began right after the actress posted a throwback photo of herself and her colleagues Nkiru Sylvanus and Goodness Erico and a white man. 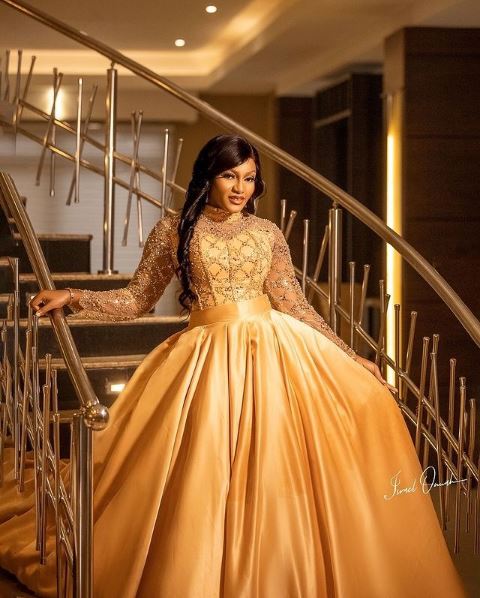 In the picture she posted on Instagram on Tuesday, Queen was seen in a wedding gown and posing with a white man with Nkiru as her bridesmaid and Goodness, the groom’s man.

In her captioned, the actress revealed that the photo was taken way back in 2005.

On seeing this, some fans speculated that the white man was her husband.

Neolscout asked:
“Is that white man your husband?”

Princessvee wrote:
“So you married a white man.”

Dismissing the speculations, Queen replied:
“It’s from a movie.”

While ignoring her explanation, another fan wrote:
“I was always wondering how you have a light skinned daughter like this.”

“I am very sure you saw it’s a location picture. My daughter is a full blown black African”. 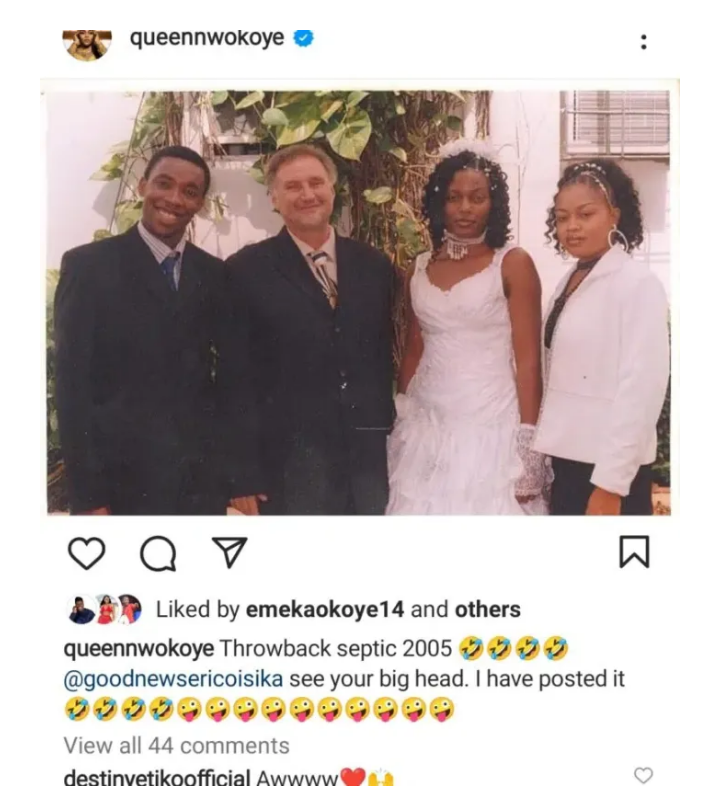