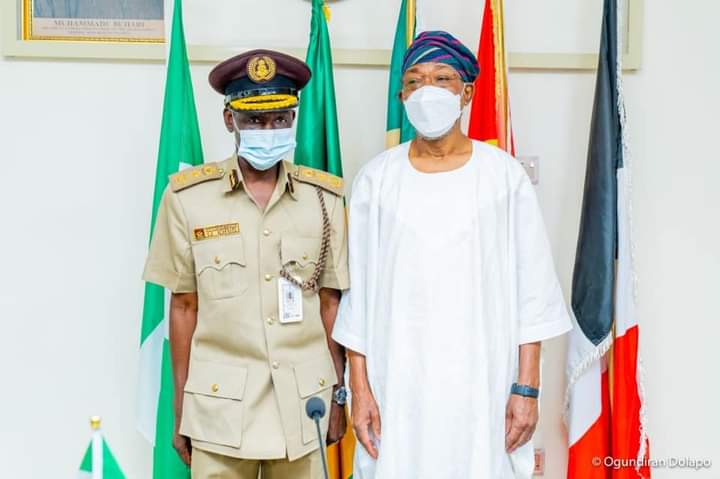 He stated that the acting CG will hold the office, following the pulling out yesterday of the former CG Muhammad Babandele, noting that the essence of having a formal organisation is to have order, including of succession and to keep an organization running smoothly and efficiently during the transition period.

Revealing why Jere was selected as the Acting CG, Aregbesola said, “The choice of Jere as the Acting CG is natural and easy, being the most senior officer on the roll. But given his pedigree, he fits the bill. He has put in 34 years of service and has been at the Nigeria Immigration Service (NIS) all his working life. He is therefore an embodiment of the institution.

Aregbesola urged Jere not to be bothered that he is in the acting capacity, but do the required job that he needed from him, saying,

The primary responsibility of your office is to lead the NIS to provide security at the Nigerian borders. Under your watch, no person should come in from outside with the intention to harm our country in any way. It is important also that you ease the passage of persons that will add value to our country. You will maintain the delicate balance of stopping the bad guys and attracting the good guys.

He wished Jere success on his new position, calling on officers of the NIS to cooperate with and assist him in all ramifications.