Home ENTERTAINMENT Reactions as some Nigerian aunties were seen wearing aso-ebi at the Queen... 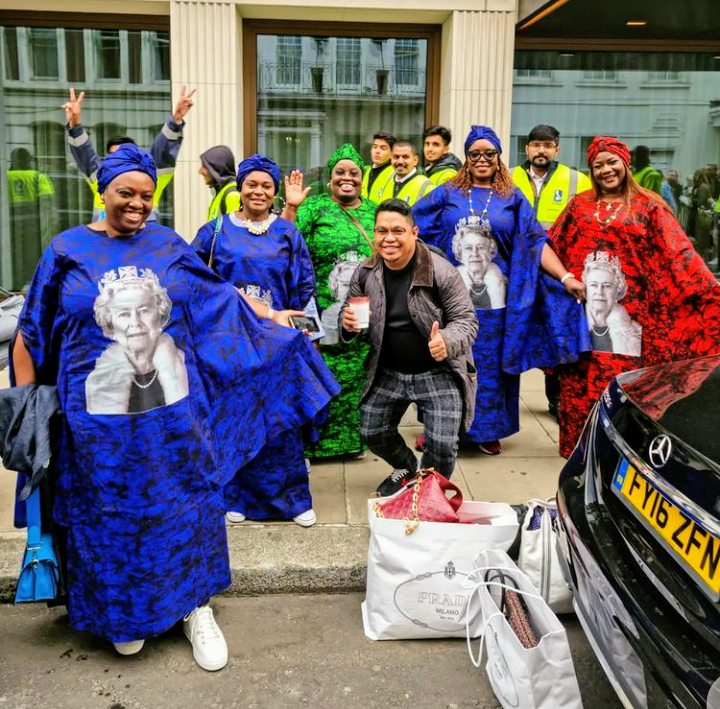 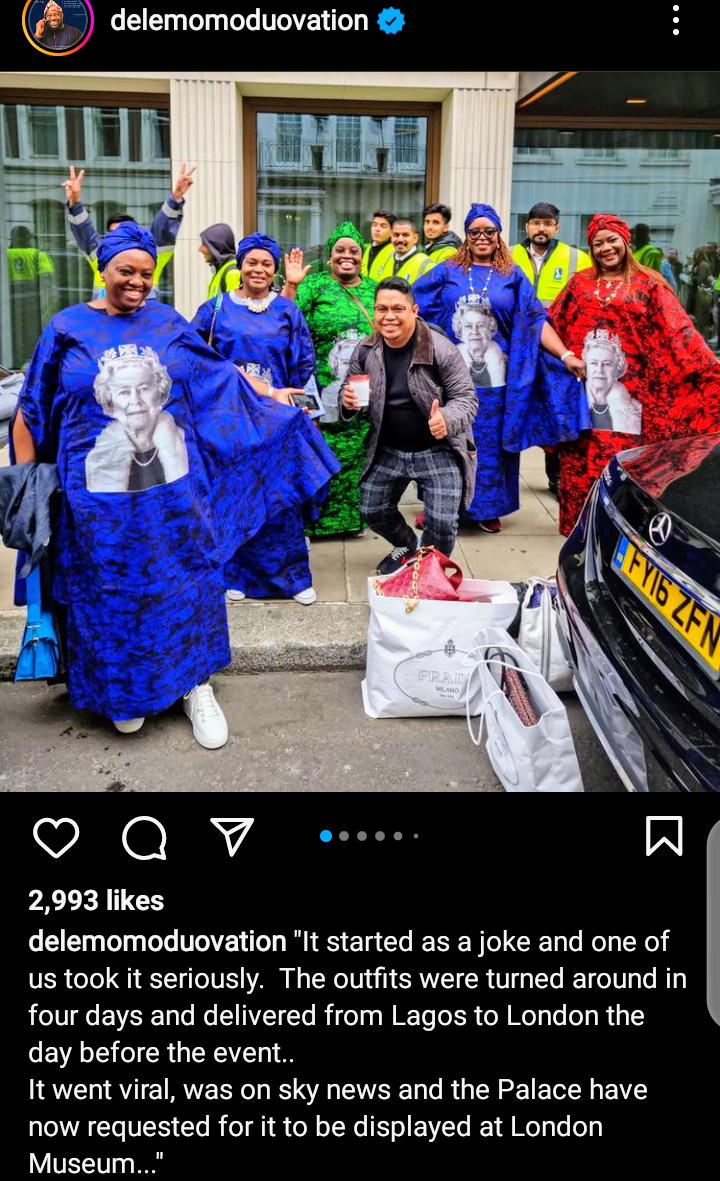 They all wore matching aso-ebis in various colors, each with a large photograph of the late Queen Elizabeth. Momodu disclosed in the post’s caption that the materials were shipped from Lagos to London in time for the late queen’s funeral. The aso-ebi made famous by the Nigerian aunties is also believed to have gained international attention, appearing on Sky News. 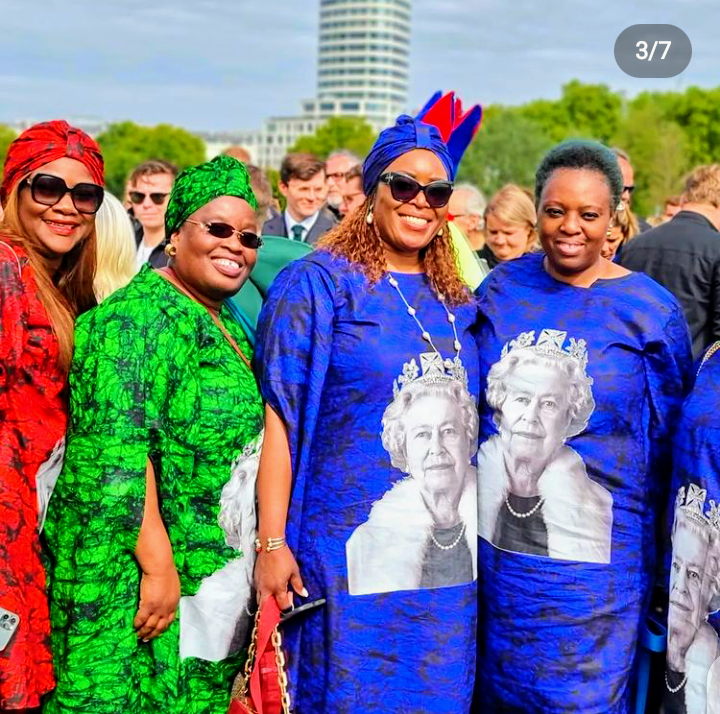 The palace asked for it to be displayed in the London Museum. In the post, he captioned it saying:

“It started as a joke and one of us took it seriously. The outfits were turned around in four days and delivered from Lagos to London the day before the event..

It went viral, was on sky news and the Palace have now requested for it to be displayed at the London Museum…” 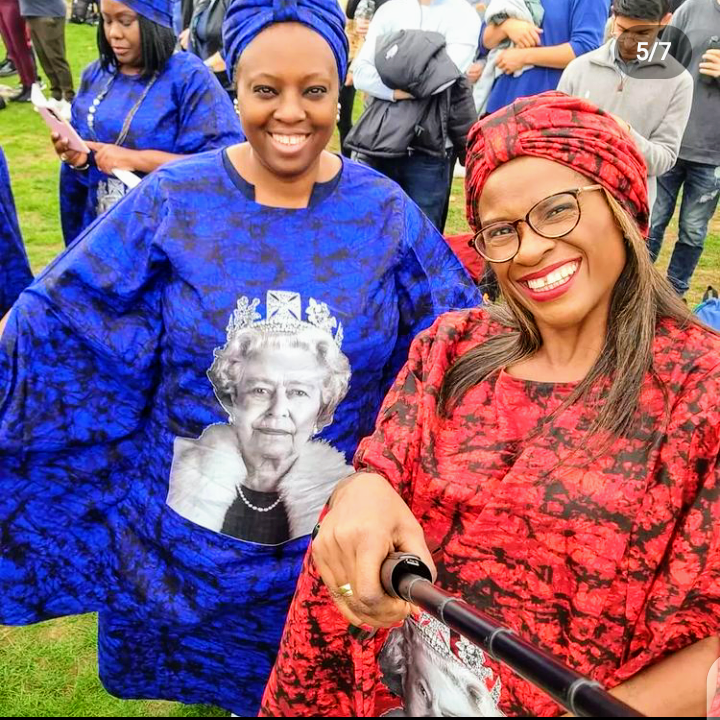 Nigerians took to his comments section to drop some of their reactions about the photos, see some of them below 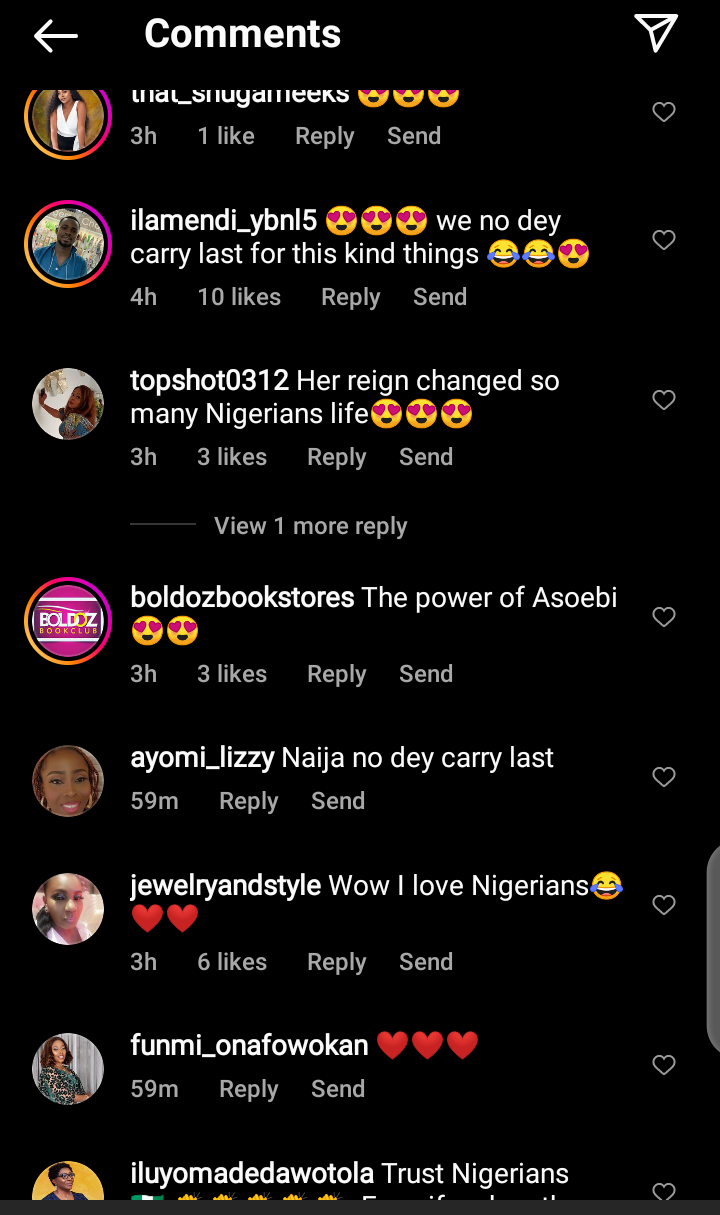 Kindly drop your thoughts and opinions about this in the comment section.