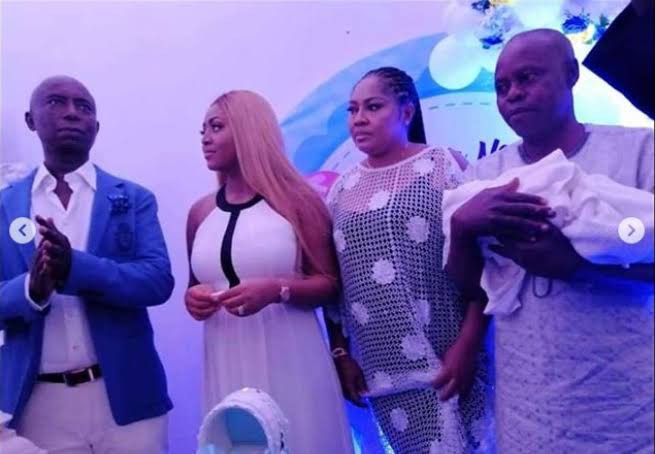 The actress’s father was among the guests who were present at his daughter’s naming ceremony on Friday, 10th of July, 2020.

Jude Ojeogwu had made headlines in 2019 when he came out to disapprove of his daughter’s marriage to the billionaire — Jude, at the time, threatened to denounce the actress as his daughter for getting married to a man as old as he was while also stressing that her mother, Rita Daniels was the one who pushed her into the marriage.

Mr. Jude Ojeogwu was present at his daughters naming ceremony where he said the birth of Munir Nwoko, his grandson, made him change his mind for the sake of peace, joy and happiness.

“The birth of this child has answered the question (about the controversy); everybody craves for peace, joy and happiness. I have accepted everything.

“I feel very happy having a grandchild and that is why I am here. I travelled all the way from Lagos to this place just to celebrate with the family. I told him (Nwoko) and the mother to call him Ifechukwude which means what God has written.” 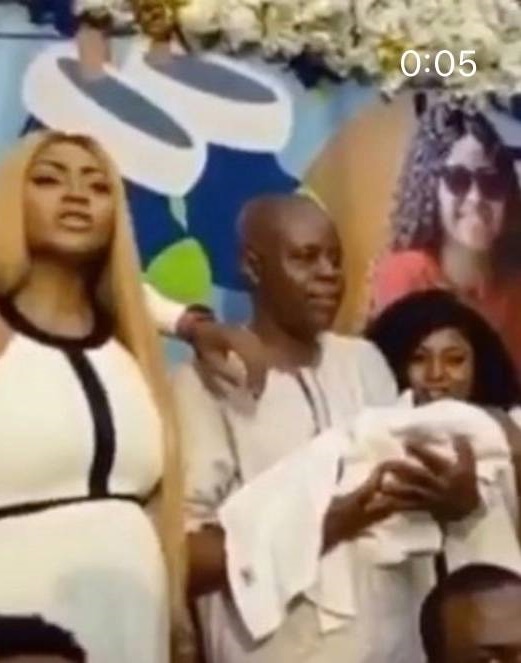 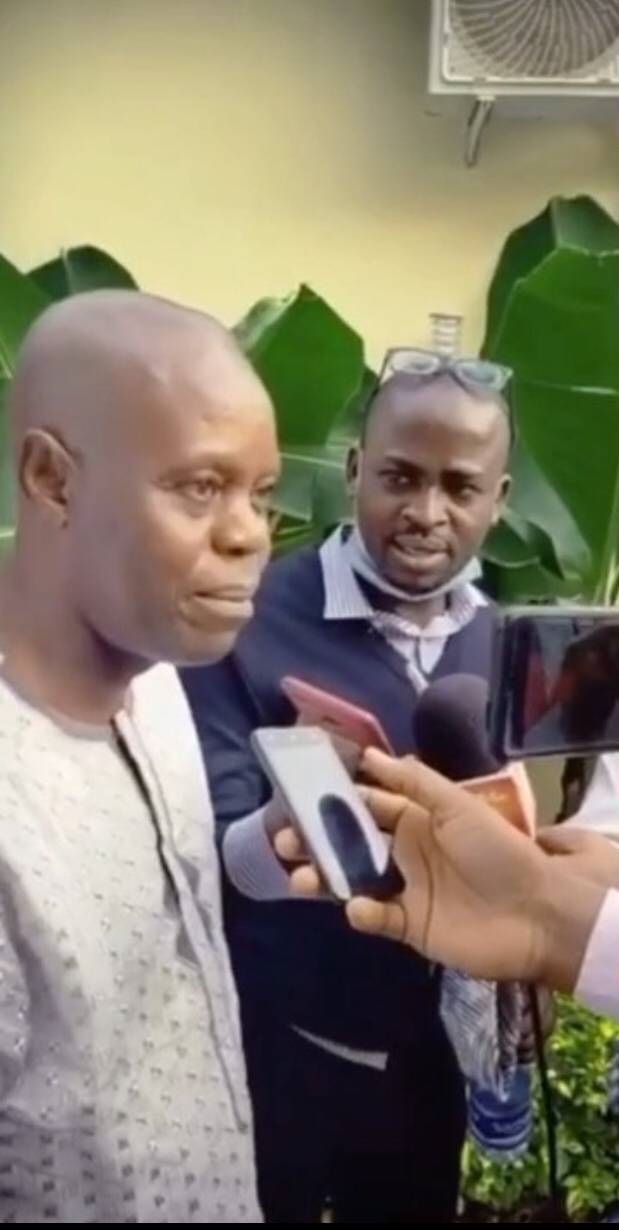