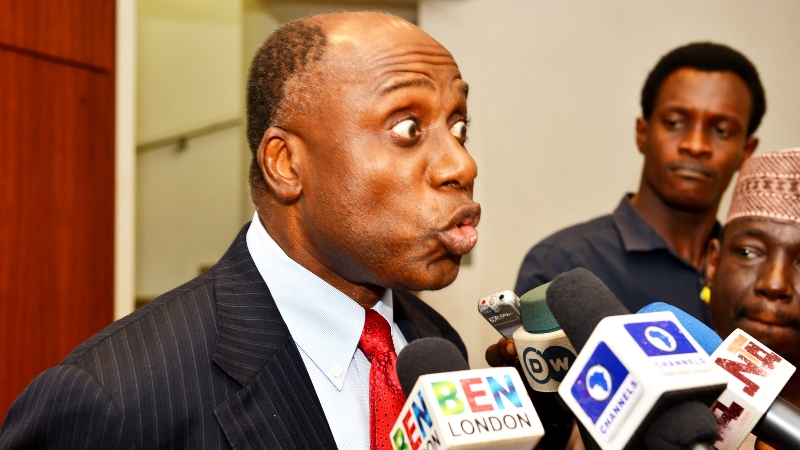 Hours after alleged video of members of the Indigenous People of Biafra (IPOB) beating up the Nigeria’s Minister of Transport surfaced online, the former Governor of Rivers state, Rotimi Amaechi has debunked the claims of the IPOB members.

The Minister of Transport, Amaechi disclosed on his Twitter handle on Friday that members of the secessionist group truly attacked him while attending a UN conference on climate change.

WITHIN NIGERIA had earlier reported that Irate Members of the Indigenous People of Biafra (IPOB) attacked Rotimi Amaechi, the minister of transportation, in Madrid, Spain.

According to a statement released on Saturday, December 7th, Amaechi said that the IPOB spokesman lied, explaining that he resisted and defeated his attackers.

“We read with utter disgust and disdain the sickening propagandist lies credited to one Emma Powerful, who claims to be the Spokesman of Indigenous People of Biafra (IPOB), that IPOB members in Madrid, Spain “beat” (physically assaulted) the Minister of Transportation Rt. Hon. Chibuike Rotimi Amaechi. That is not true.

“We must clarify that in the incident of the attack yesterday on the Minister in Madrid, where Amaechi was part of the official Nigerian government delegation to the United Nations (UN) climate change conference (COP25), IPOB members did not “beat”, physically assault or cause any bodily harm to the honourable Minister.

“As they charged towards and at the minister during the attack, it was apparent that their plan was to “beat” (quoting Emma Powerful) him, hurt him, cause bodily harm or even do worse! But their violent evil plot failed woefully due to the dexterity of Amaechi to resist them, protect and defend himself, and the prompt intervention of the Spanish police who repelled the motley crowd of misguided attackers. Even the video circulated online by the attackers confirmed this much. Everyone could clearly hear one of them shouting, ‘we didn’t get him…’ expressing his frustrations of their inability to get and “beat” the Minister.

“We must commend the Spanish police in Madrid for their timely intervention to protect Amaechi and their investigation of the attack and attempt on the life of the honourable minister in Spanish territory.

“The honourable minister of Transportation is immensely grateful to all for the outpour of love, support and prayers. He acknowledges God’s hand in the foiling of the attack and reassures all and sundry that he’s well, unhurt and okay; and will continue to dedicate himself in service to God, Nigeria and humanity.” the statement read