Minister of Information and Culture, Lai Mohammed, seemed to have thrown a subtle shade at Disc Jockey Obianuju Catherine Udeh, better known as DJ Switch, at a press briefing in Abuja on Wednesday. 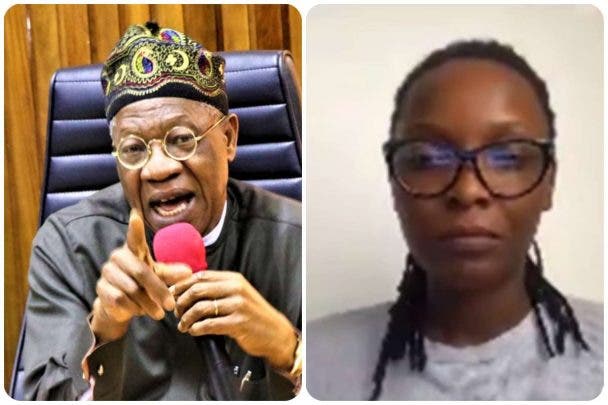 The minister had addressed the media on the occasion of the first anniversary of the EndSARS protest, where he accused DJ Switch of joining those who lied against security operatives.

Although he did not mention her name specifically, it was clear that he was referring to her.

The minister insisted that no one was killed by security operatives, accusing Amnesty International, CNN, and “a runaway DJ” of spreading falsehood.

“The testimony of ballistic experts before the Judicial Panel of Inquiry in Lagos contradicts the tales by the moonlight by Amnesty International, CNN, a runaway DJ and their ilk.”

“The only ‘massacre’ recorded was in the social media, hence there were neither bodies nor blood. Amnesty International, CNN, a runaway DJ and others like them should apologize for misleading the world that there was a massacre at the Lekki Toll Gate and for portraying the Nigerian military, police and other security agencies in bad light.”