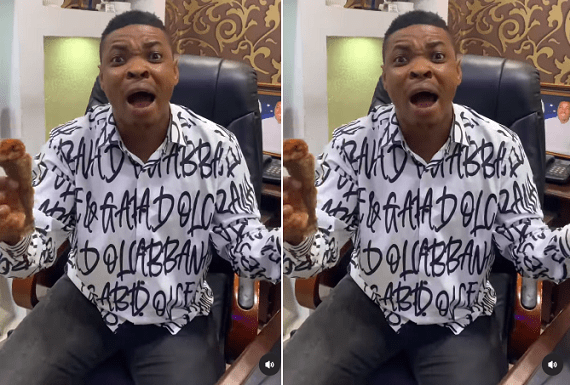 Shey a ni jeun mo (are we not going to eat again), that’s the question comedian Woli Agba asked in a video he shared on his social media pages over the rising cost of food in the country.

Woli Agba shared a video of himself holding a piece of fish and affirmed it was only N50 in December 2021. Fast forward to now, he says his fish seller sold 2 for him at the rate of N250.
In the video, he then appealed to whoever is in charge of Nigeria’s economy, to do WELL.

Some of his fans who commented however said, food is cheap in Ibadan, where he resides. One commenter said it costs N200 in his area, another said it costs N400 in Ogba, Lagos, while others affirmed it costs N1000 at most eateries.