side chick confronted a married man and his wife while shopping in a supermarket in Lagos. 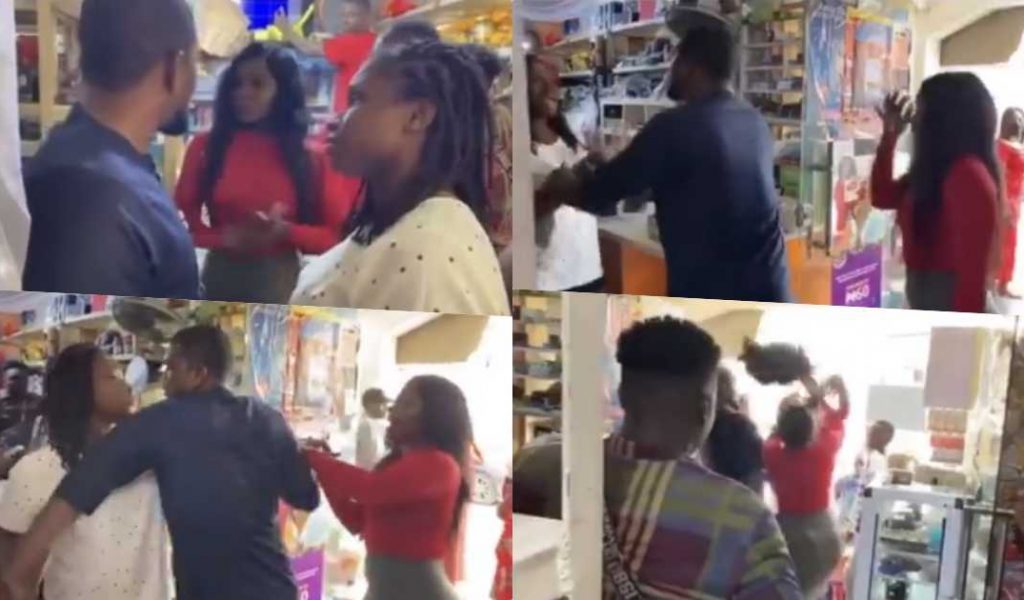 In a video trending fast on social media, the unidentified side chick had allegedly traveled from another city to where the man was and saw them happily buying some items at the supermarket and caused a spectacle in public.

The two women verbally battled each other in a heated altercation and the man who was sandwiched between them tried to calm his wife while questioning the side chick her mission.

Actor, Ogbolor Speaks On The Importance Of Checking Out Someone’s Looks Before Going Into A Relationship