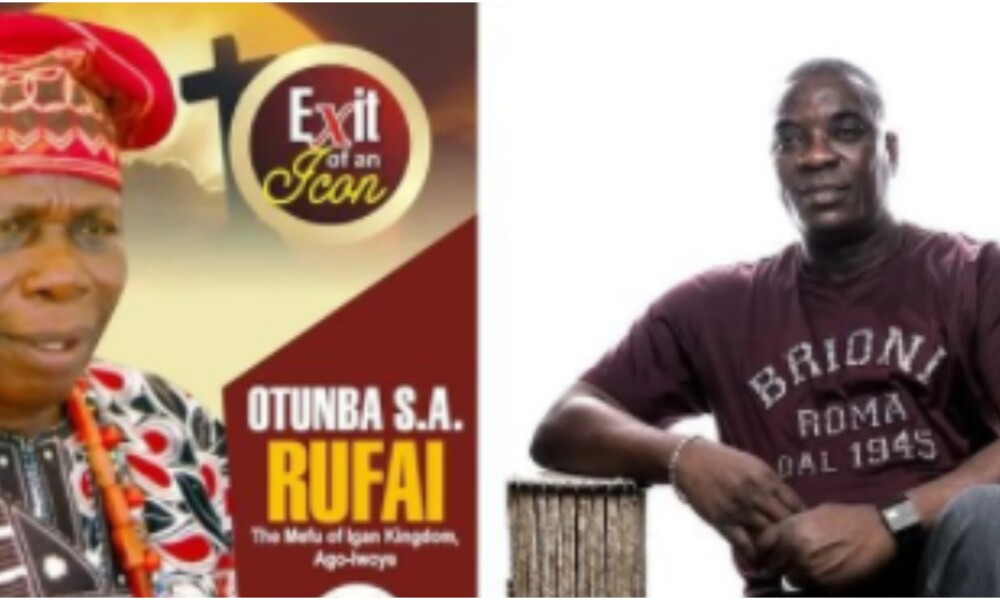 A prominent community leader in Ago-Iwoye, Otunba S.A Rufai (JP), who passed away at the age of 84 years.

Otunba Rufai died in the early hours of Wednesday, 26th January, 2022, after a brief illness.

He was the Mefu of Igan Quarter, one of the eight Quarters in Ago-Iwoye and reigned for 43 years.

It should be noted that Otunba Samson Rufai assumed the position of Mefu of Igan Quarter in 1979 and during his time recorded many gigantic developments.

He was survived by many children, including Otunba Sesan Rufai, the Chief Executive Officer of Goldmyne TV and Limelite Hotels.

May his soul rest in peace.