Home ENTERTAINMENT ‘The truth about my marriage’ – Actress Sotayo confesses 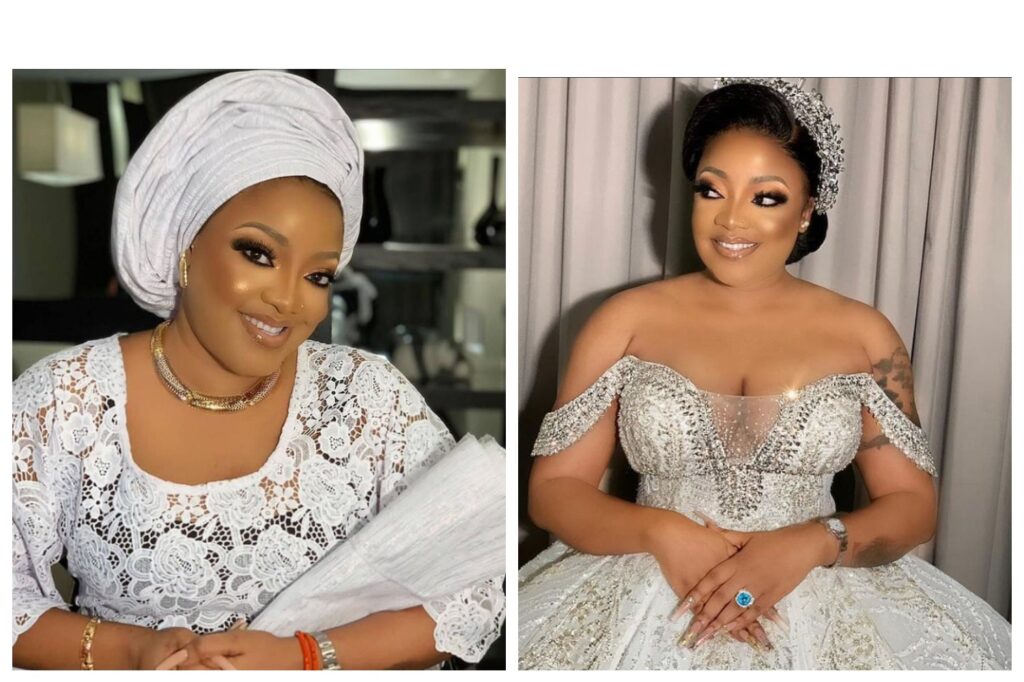 Actress, Tayo Sobola, popularly called Sotayo Ogaga, a few weeks ago via her verified Instagram page revealed that she must have joined the list of celebrities that held  secret or private wedding away from the prying eyes of the public.

The 35-year-old actress also kept mute about the identity of the groom as she neither posted his photos nor tagged her prince charming.

However, in a recent interview, Sogaga as she is fondly called by her close friends and loved ones shocked us more when she said she didn’t actually get married in 2021, but she is truly married and not ready to unveil the identity of the man who stole her heart.

She said, “Yes, I am married. I can remove my rings for you to go and test. I am fully, legally married. And no my husband is not in the entertainment industry. My husband and I have known each other for 7 years and we are now married. However, we didn’t get married this year, but we have been married for a while. I hear people say that I got married six years ago but that’s not true. I kept it secret because I love my personal life to be private. I only posted the photos recently. Sometimes, I just sit back and read some comments on blogs. If you like you can tag anybody you like,  carry shovel, you can’t dig out anything. I can pay you to Investigate all you want, you will not see anything else (laughs).”

On why she brought Bobrisky into the movie industry, Sotayo said, “Nobody wants to do a movie without seeing a good turn out. I actually know Bobrisky from when he was Idris. I know I got a lot of backlash from featuring him then but I don’t care. It was for a purpose which was achieved. Just like someone asking me why I got married? Are you joking, when I wasn’t married nko? What difference does it make? For Idris, I’m one of the few people in the world that don’t discriminate. He was already doing the girly thing when I considered featuring him in my movie. The movie has a message and it was well delivered. I spoke to Bobrisky and he agreed to do it for my movie. Immediately after my film, I saw lots of other people featuring him in their movies. He even had to go to the East to shoot. So, you see, other people tapped into that.”