Home NEWS Three childhood friends shares before and after photos as they celebrate 15...

Three young guys who have been friends since childhood have taken to social media to share before and after photos to commemorate their friendship. 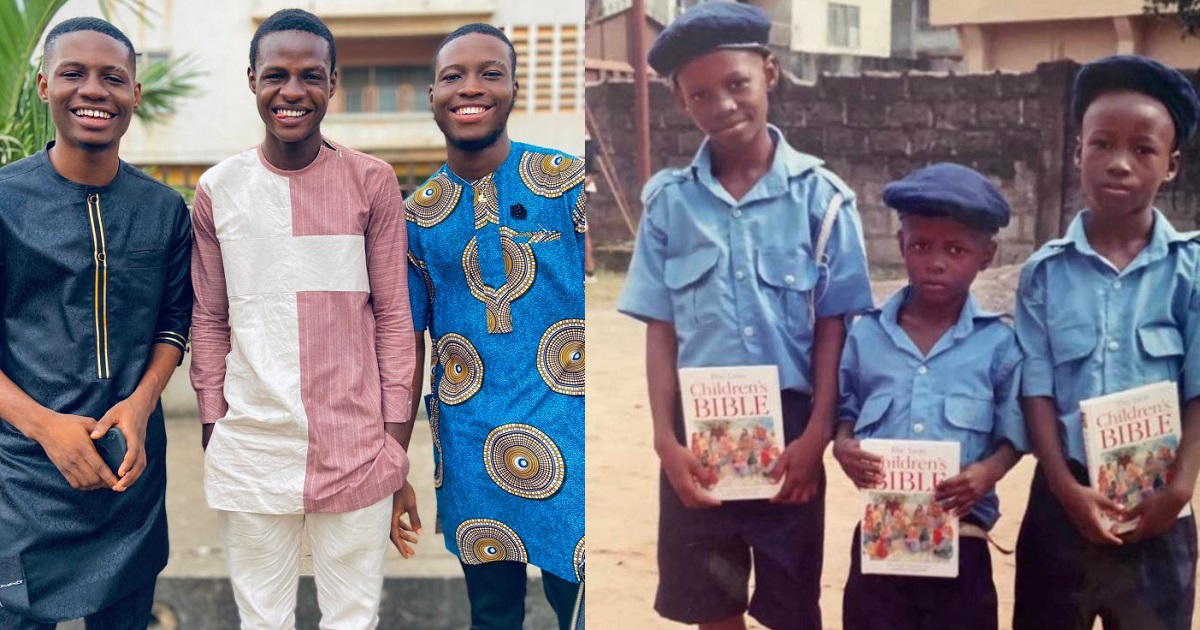 Taking to Twitter to share a photo of themselves as little boys alongside a recent photo of them together, they revealed that they have remained close pals ever since.

One of them, identified as Uncle Sarm on Twitter, shared the throwback photo, which showed them in their primary school uniforms, with each of them holding a children’s bible. 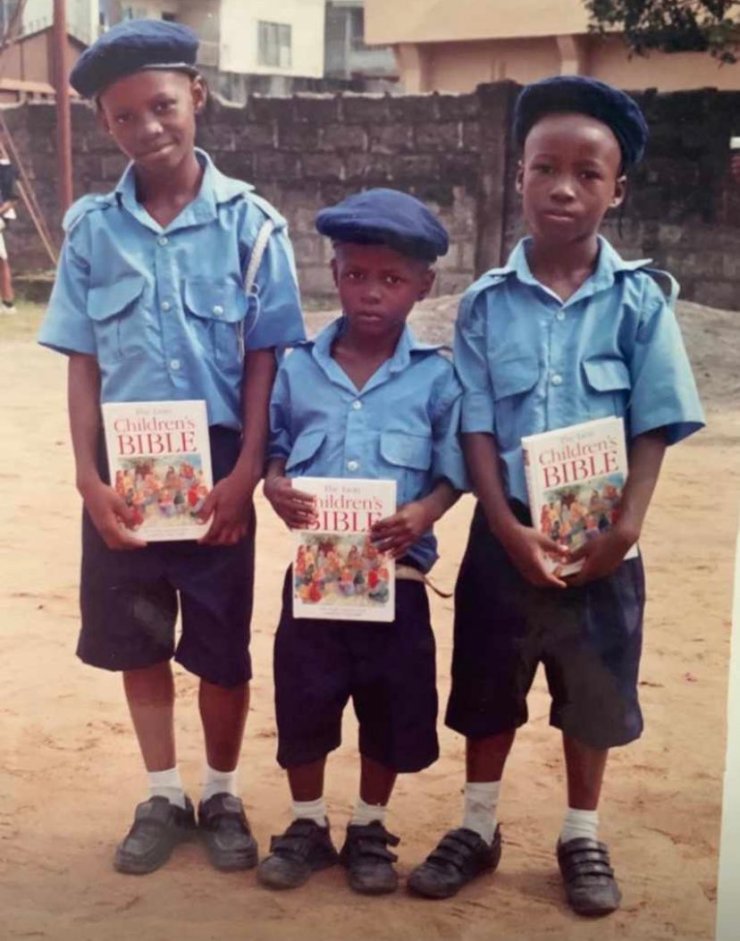 Sharing the throwback phock alongside a photo of them as young adults, Uncle Sarm revealed the photos were taken 15 years apart. 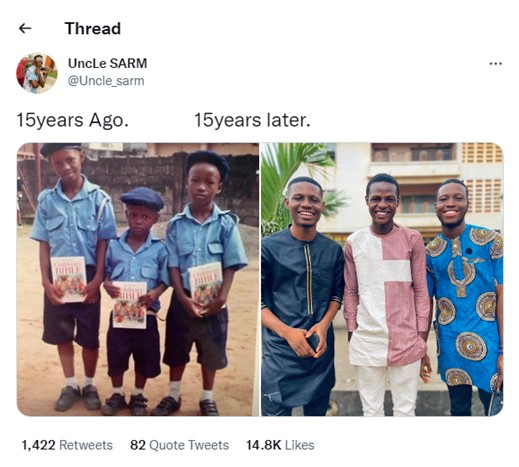