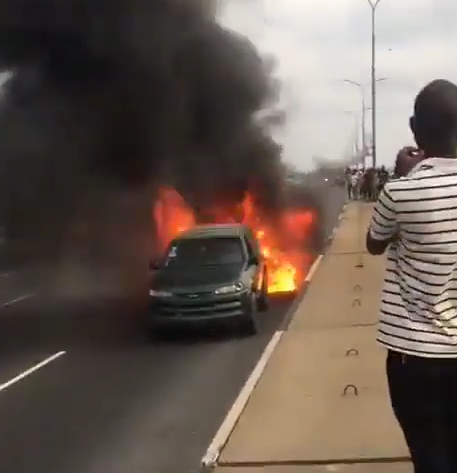 Two SUVs went up in flames on the Third mainland bridge this evening March 9.

According to the Lagos State Traffic Management Authority LASTMA, one of the SUVs was trying to tow another faulty SUV when they both went up in flames.

A tweet from LASTMA says the fire has been put out. 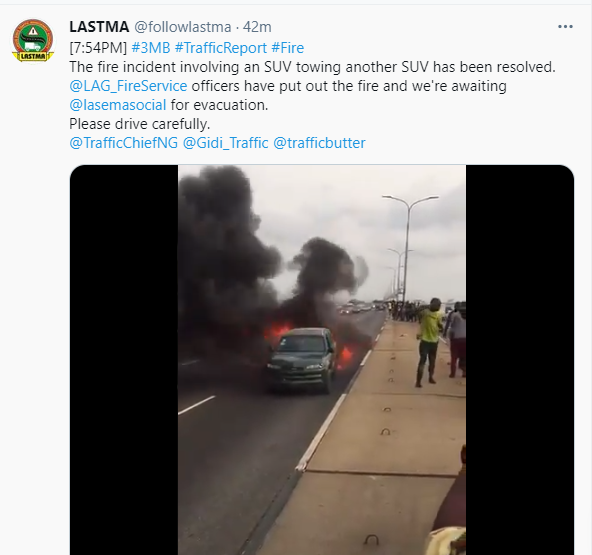 Watch a scene from the incident below…