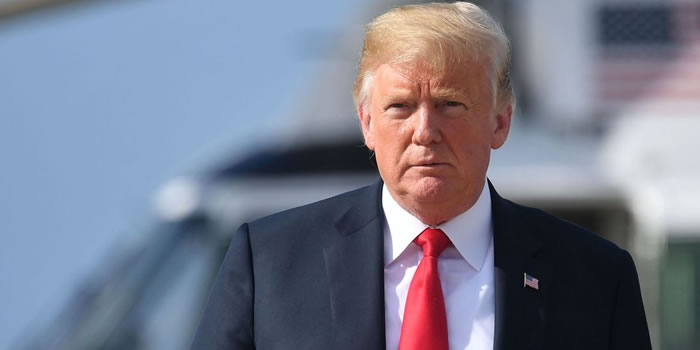 Democrats in the House of Representatives announced formal charges against President Donald Trump on Tuesday that accuse him of abusing power and obstructing Congress.

This had made him only the fourth U.S. president in history to face impeachment.

The full Democratic-controlled House is expected to vote on the charges, or articles of impeachment, next week.

It is almost certain to vote to impeach the Republican president, setting the stage for a dramatic trial in the Republican-controlled Senate, likely to begin in January.

The House Judiciary Committee Chairman, Jerrold Nadler, said Democrats had to take action because Trump had endangered the U.S. Constitution, undermined the integrity of the 2020 election and jeopardised national security.

“No one, not even the president, is above the law,” Nadler said at a news conference that included House Speaker Nancy Pelosi and Democratic leaders of committees involved in the impeachment probe.

“Our elections are a cornerstone of democracy … the integrity of our next election is at risk from a president, who has already sought foreign interference in the 2016 and 2020 elections,” Nadler said.

Mr Trump has denied wrongdoing and calls the inquiry a hoax. The White House has refused to participate in the hearings in the House because it says the process is unfair.

Mr Trump attacked the impeachment effort in a Twitter post early on Tuesday, saying to impeach a president when the country has such a strong economy “and most importantly, who has done NOTHING wrong, is sheer Political Madness!”

Democrats have moved rapidly in their impeachment inquiry since launching an investigation on September 24 into allegations that Mr Trump pressured Ukraine to investigate a Democratic political rival, former Vice President Joe Biden, in the 2020 elections.

They accused Trump of abusing power by withholding aid to Ukraine, a vulnerable U.S. ally facing Russian aggression, as well as dangling a possible White House meeting to get Ukrainian President Volodymyr Zelenskiy to launch the investigation.

Republicans say Democrats are seeking to overturn the results of the 2016 election with a “witch hunt” against Mr Trump, who denies he did anything wrong.

“Americans don’t agree with this rank partisanship, but Democrats are putting on this political theater because they don’t have a viable candidate for 2020 and they know it,” Brad Parscale, Trump’s 2020 re-election campaign manager, said in a statement.

Mr Trump is unlikely to be convicted in the Senate, given it is controlled by his party, but his impeachment may yet have an impact on the campaign trail as Democrats seek to retake control of the White House.

The House Judiciary panel could vote this week on whether to send the formal charges to the full House.