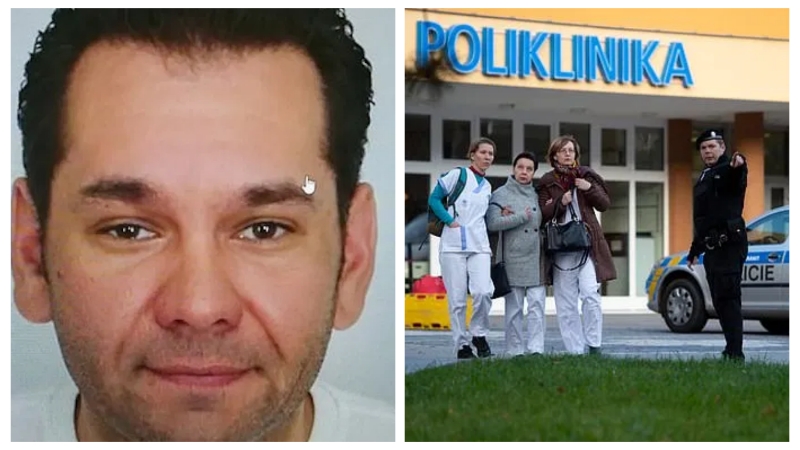 After killing six people and two others severely injured, the gunman who opened fire in the Technical University hospital in Ostrava in the Czech Republic has committed suicide when tracked down by the police.

The 42-year-old deceased was identified by Czech Radio’s flagship Station as Citrad V, a native of Opava.

According to report, he was a construction engineer whose boss said had become convinced “he was seriously ill and no-one wanted to treat him”.

The suspect entered the building at around 7am on Tuesday morning in the Czech city of Ostrava and opened fire in the trauma unit waiting room at close range, aiming at victim’s heads and necks.

A manhunt was launched with patients and staff evacuated from the building as armed police swarmed the area and put the building on lockdown. When officers cornered the 42-year-old suspect around three hours after the massacre, he shot himself in the head while sitting in his vehicle, police said.

Officers hunting the gunman asked the public for help in identifying him by posting on Twitter a CCTV image of him walking the hospital corridors. The suspect allegedly shot people at close range as they sat waiting in the trauma ward of the Faculty Hospital in Ostrava, a steel hub located around 190 miles (300 kilometres) east of Prague.

A witnesses described the moment the shooter walked in and began firing before reloading his weapon. She told TV Nova: ‘He came into the waiting room and started firing at the people waiting there before the surgery. When he fired the magazine, he reloaded the gun and fired again.’

The number of people killed was initially said to be four with two injured, but that figure quickly rose to six dead, Health Minister Adam Vojtech told Czech Radio today. Four victims were pronounced dead at the scene and two others succumbed to the injuries they suffered, local media reported.