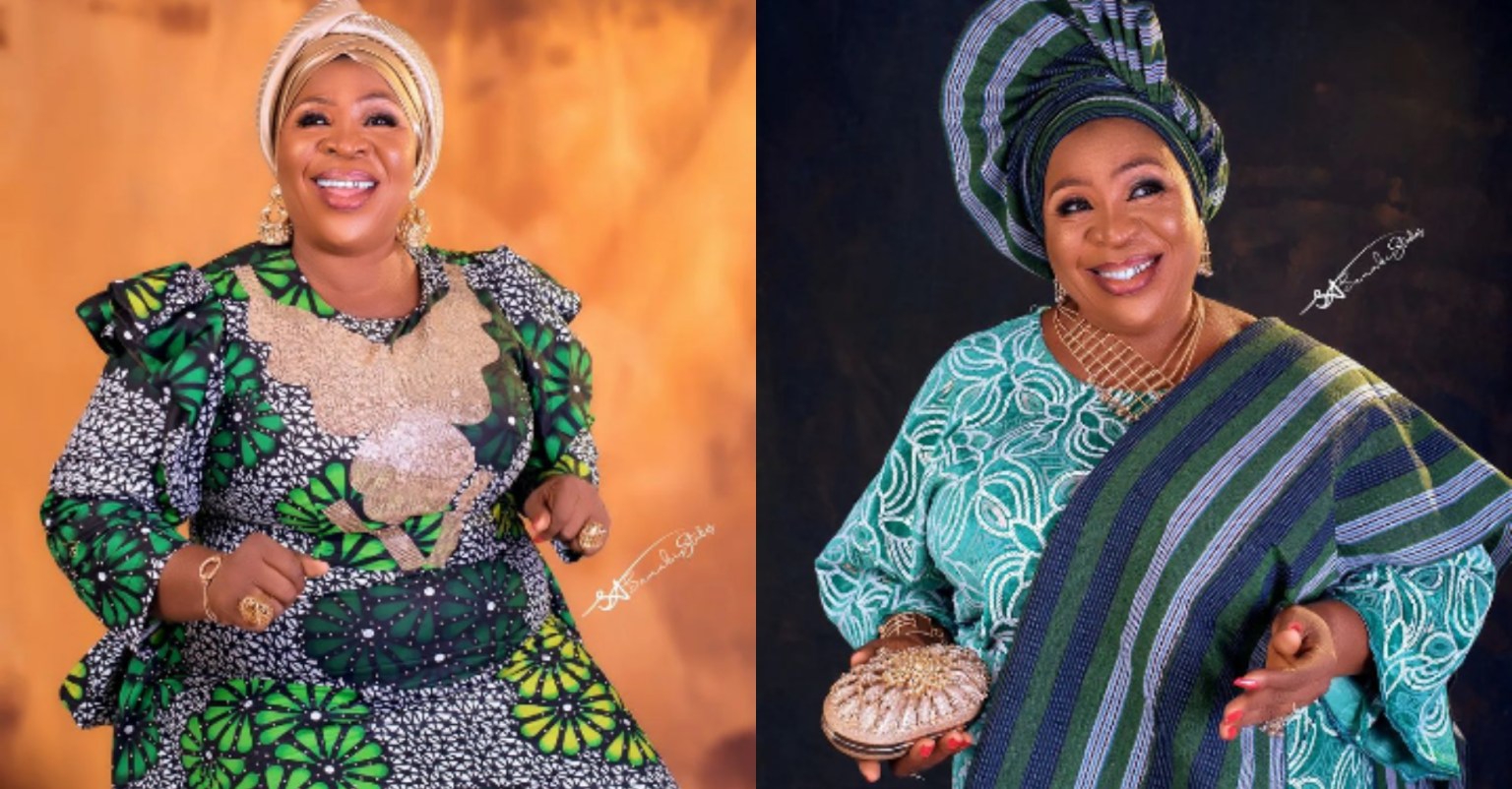 The veteran Nollywood actress, Fausat Balogun popularly known as Madam Saje is celebrating her 63rd birthday today. She shared some beautiful pictures of herself through her Instagram page a few hours ago. The actress who looks different and beautiful has been receiving warm wishes from fans and lovers.

Madam Fausat Balogun is one of the veteran actresses in the Nigerian movie industry. The actress is always known to act or interpret a good mother’s role in a movie, except in some movies where she acted the role of a wicked mother-in-law.

One thing that is also common to this actress is that she is always acting a mother’s role to the popular Yoruba actor, Odunlade Adekola in a movie. According to the report made available online, she started her acting career in the year 1975. She was born on the 13th of February, 1959. She is from Kwara State Nigeria. She is blessed with lovely children, some of her children are also in the movie industry. The following pictures were shared by the actress on her official Instagram page.