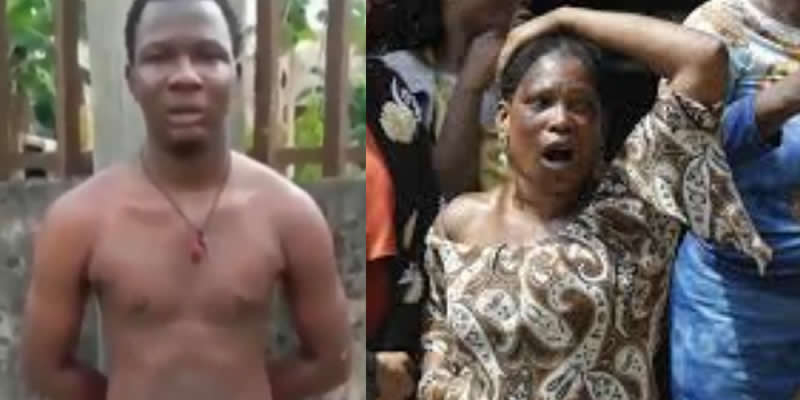 Hours after pictures of a husband who was arrested for beating his wife into coma went viral, video of a young Nigerian man who allegedly set his girlfriend on fire has emerged.

The suspect identified as Victor Oji from Benue State was apprehended by residents of Post Service Army Estate in Ojoo, Lagos after setting his girlfriend on fire for allegedly cheating on him.

Inside the video, a man who possibly could be the one filming the incident fiercely asked about his profession and Victor Orji declared that he is an internet fraudster but declined that he sets his girlfriend on fire as a way of sacrificing her.