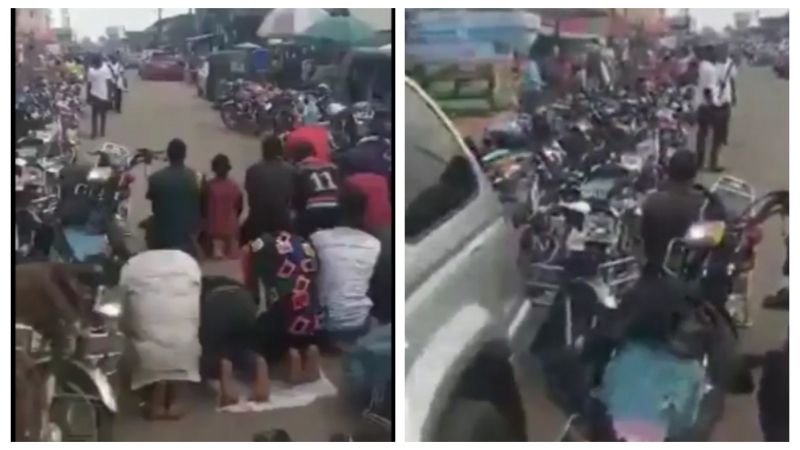 Hours after video of a woman confronting a pastor went viral on social media, another video of group of Muslims observing solat on busy road has surfaced online.

Inside the one-minute video, a yet-to-be identified man who was visibly angry with the development can be seen yelling and lamenting while he moves around to ascertain the effect of the road block.

As at the time of reportage, the time and venue of the incident remain sketchy but the video apparently depicts that the incident happened at a popular market in Delta state.

Hundreds of motorcycles can be seen parked while movement of vehicles was restricted.

but the video apparently depicts that the incident happened at a