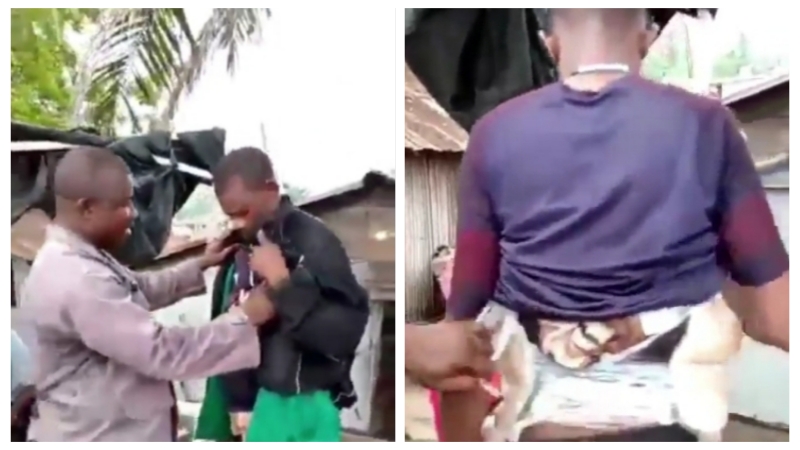 Amidst the controversy surrounding the prolonged border closure and attentions it has garned, a comic bur rather sad video depicting moment a smuggler who tried smuggling portions of rice into the country was nabbed by Custom officers has emerged.

Inside the 2-minute video, a customs official can be seen using knife to cut materials the smuggler used to trapped portions of rice to his body while other customs officials watch.