Home ENTERTAINMENT When you take another person’s husband, this is what happens – Nuella... 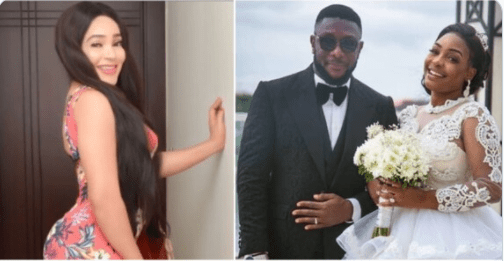 Following the reports of her rumoured crashed marriage, Nigerians on social media have mocked Nollywood actress Nuella Njubigbo after she reportedly blocked Tchidi Chikere on all social media platforms.

Kemi Filani earlier reports that Nuella Njubigbo blocked her husband, Tchidi Chikere, after he repeatedly battered her. It was also alleged that the actor recently hit their daughter while they were on vacation, drawing the final straw she could endure.

Fans of the celebrity couples have, however, reacted by mocking Nuella Njubigbo for snatching someone else’s husband and expecting it to work.