Adeniyi Johnson who parted ways with Toyin Abraham a few years after their marriage and got married to her colleague, Oluwaseyi Edun took to his Instagram page to share some stunning photos of himself and also shared a loved-up photo of himself and woman she claimed is his girlfriend. 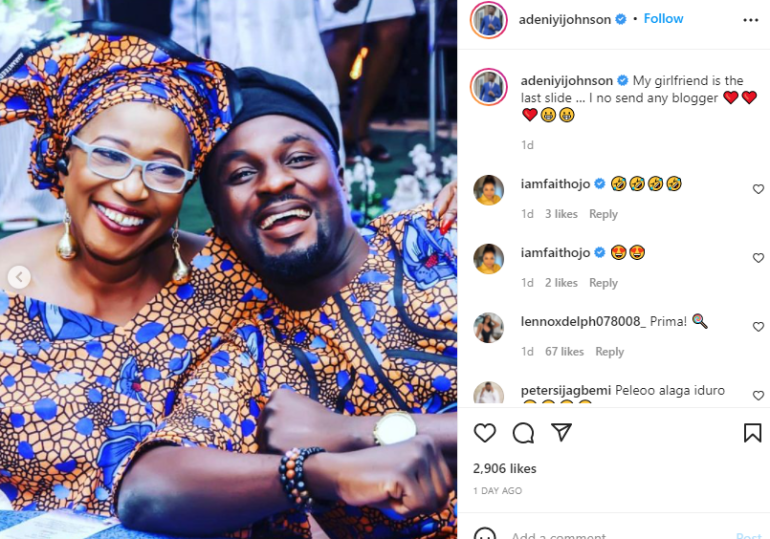 In the photo, Adeniyi rocked a matching native outfit with his ‘girlfriend’ who is identified as the veteran Nollywood actress, Binta Ayo Mogaji.

The controversial caption he attached to the photos reads:

Reacting to the photos, fans wondered what manner of man Adeniyi is.