Home CELEBRITY “Why I will always show off my family” – Actor, Jnr Pope 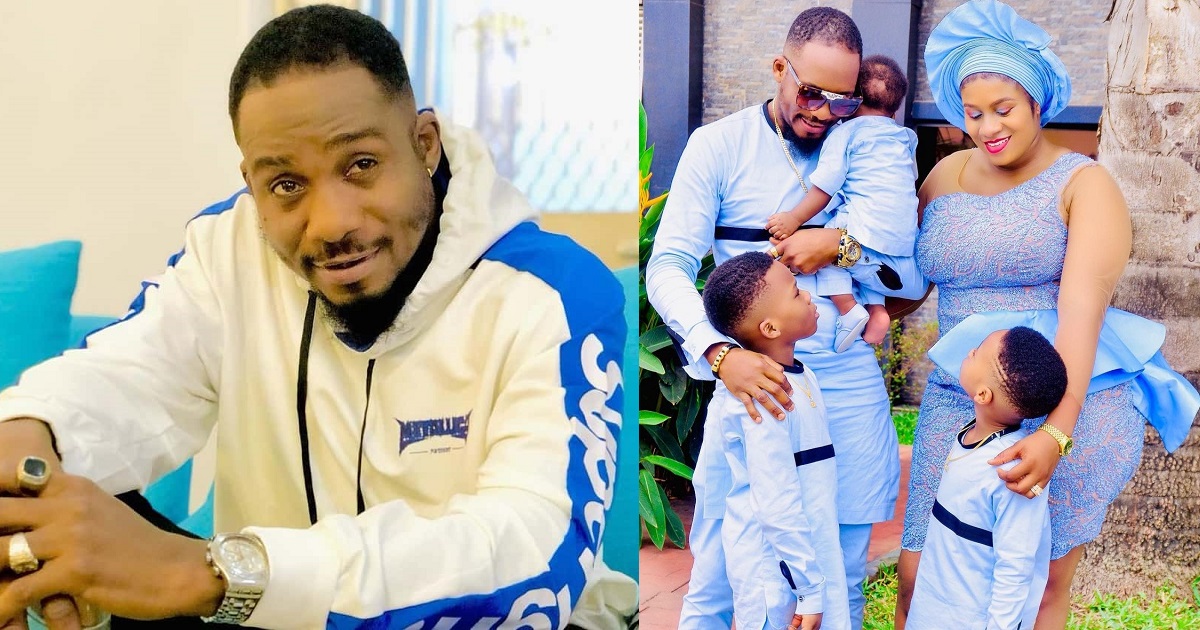 Speaking in a chat with Sundayscoop, the actor, who never misses an opportunity to show off his wife and adorable kids, noted that we are in a generation that wants to “bastardise” marriage.

According to him, he’s happily married, so he would continue to bless his fans and followers with beautiful moments from his home. He added that the institution of marriage needs to be healed because people are playing with it.

“I have not had any cause not to show off my family. Instead, I will continue to show them off more. We are in a generation that wants to bastardise marriage. We have to understand how our parents did the things we are doing now. The last thing I will do is split from my wife, except for a case of infidelity. We need to heal the institution called marriage because people are playing with it. He said.

Speaking on why he sprayed wads of cash on his wife on her birthday, he said,

“The money I sprayed on her (on her birthday) was the money she blessed me with. The money came from her blessings because if she had not blessed me with her prayers, and agreed to marry me, definitely that money might not have come. It was because of the love I have for her, and the fact that she has contributed immensely to my growth as an actor.

“When one praises a person for what they have done, they would do more. It is my little way of saying thank you, for agreeing to marry me and being able to change me to a gentleman. That was the least I could do.”