Nollywood actress Stella Damasus has taken to social media to mourn her father and celebrate his posthumous birthday. 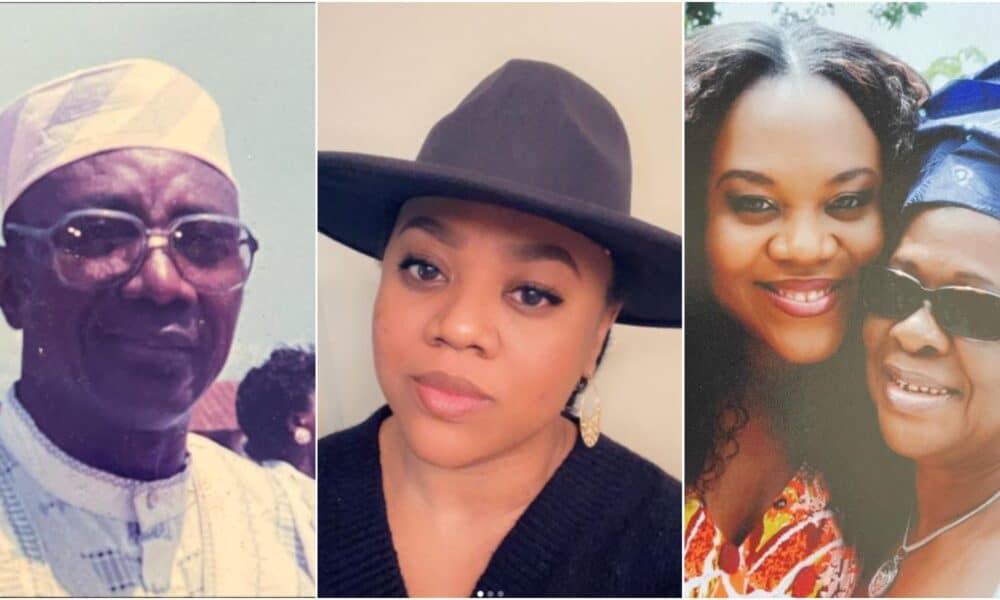 This is coming barely two weeks after Stella Damasus announced her mother’s death.

Sharing a photo of her father on Instagram, Stella Damasus wished her father was still alive as she reminisced on some of the moments they shared.

Stella Damasus said she chose to remember her father’s laughter, smile, love and extreme care for his family.

She wrote: It’s my dad’s birthday today. Wish he was here. I choose to remember his laughter, his smile, his love, his extreme care for his family. I love you Daddy.

Kemi Filani News recalls Stella Damasus recounted how she gave birth to her first daughter, Izabel, at an early age.

Sharing a lengthy video online, she recounted the challenges of being a mum at 21 which was conquered by her late husband who stood by her.

Celebrating her first fruit recently, Stella disclosed she is excited her daughter has turned out to be an amazing person full of intelligence and kindness which earned her the nickname ‘sugar mummy’.

The proud mum continued to pray for her to keep excelling and achieving success.