Home ENTERTAINMENT Wizkid’s ex-girlfriend, Tania Omotayo opens up on how she battled endometriosis before... 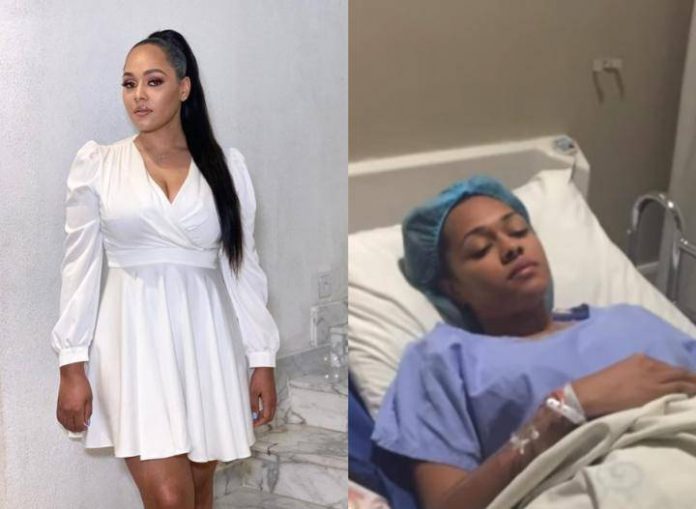 Sensational singer, Wizkid’s ex-girlfriend, Tania Omotayo has opened up on how she battled endometriois before she got pregnant with her daughter.

According to the mother of one, her pregnancy was a scary one for her and she had so much anxiety because she did not know what to expect.

Speaking further Tania said the reason why she did not publicize her pregnancy was that she did not know whether the baby would survive or not and she would not be able to handle the pain publicly if she didn’t.

Read all she wrote below;

“I never got a chance to share some of my pregnancy and birth videos not because I was hiding but because I was scared. I didn’t know what to expect with my endometriosis and I had so much anxiety as I was scared about all the things that could go wrong. Plus I also knew I wouldn’t be able to handle such a loss publicly. So I decided not to share anything until she was born. Luckily for me, I had the most amazing pregnancy and the easiest delivery when it was time to push Sarai came out in 5 minutes. She is turning two tomorrow and my heart is so full. I’ve been having flashbacks of my pregnancy the whole day. God is so faithful @symplysimi ‘s Duduke is honestly the only song that can possibly describe the moments shared in this video. To everyone that has lost a baby or is still trying I pray God will surprise you and bless you with all your heart desires.”

For those who do not know, Endometriosis is an often painful disorder in which tissue similar to the tissue that normally lines the inside of your uterus… the endometrium… grows outside your uterus. Endometriosis most commonly involves your ovaries, fallopian tubes and the tissue lining your pelvis.