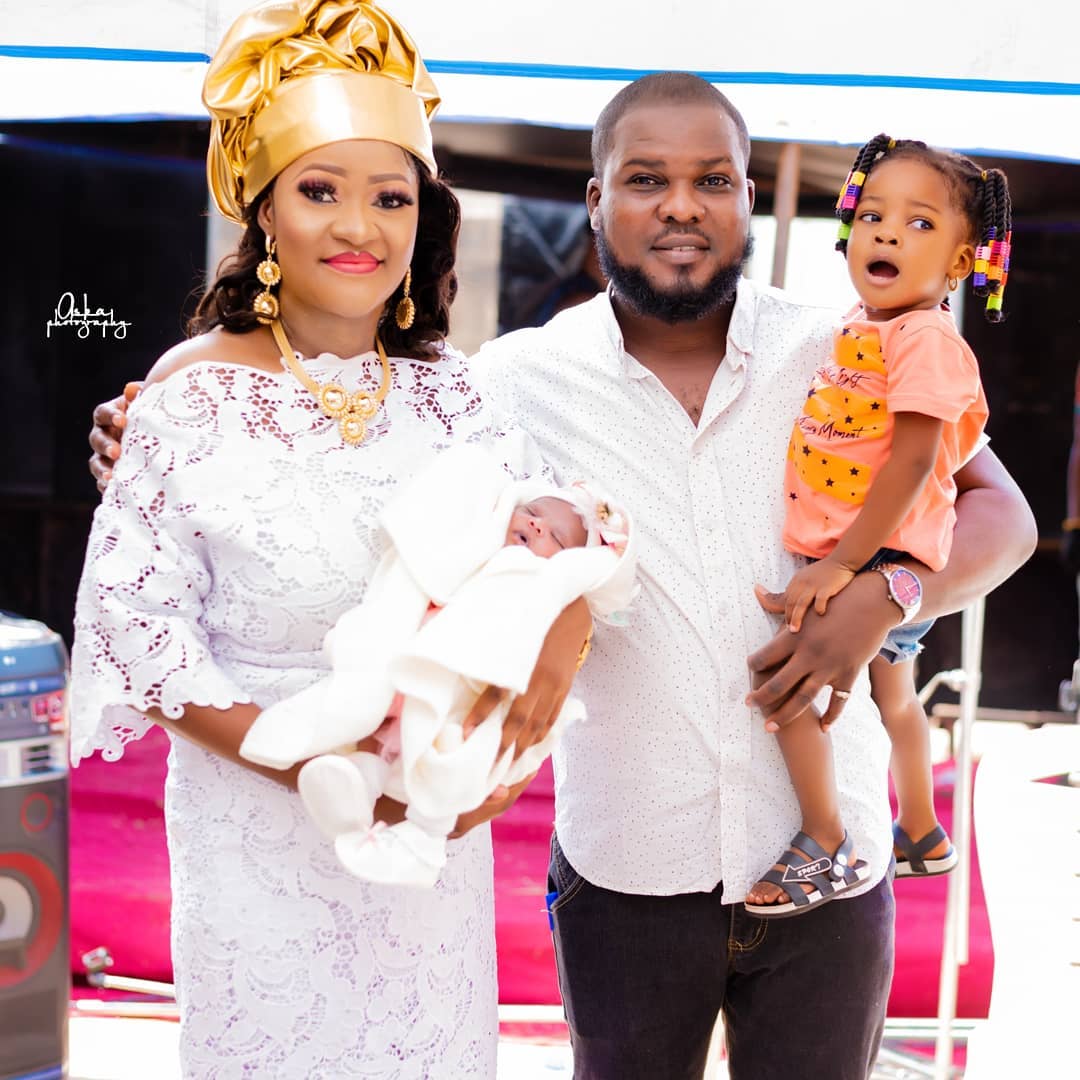 Popular Yoruba actress, Biola Adekunle took to her Instagram handle today to celebrate her 7th wedding anniversary. She appreciates God and was amazed that her marriage is already 7 years.

Biola Adekunle who’s popularly known as Miss Peppeh is a renowned actress, producer, scriptwriter, entrepreneur, brand ambassador and brand influencer, with 446,000 Instagram followers. She was born on the 22nd of February in the 1980s. She’s a native of Ogun State. And attended Moshood Abiola Polytechnic, where she obtained a diploma certificate in accounting.

Biola welcomed her second child on the 2nd of February 2021. She joined the Yoruba Movie Industry through Odunlade Adekola school of drama. And made her debut in Ifedayo alongside her boss, Odunlade Adekola. She’s a naturally beautiful actress who’s also decent and free from scandal.

happy anniversary to us

See the photos below;