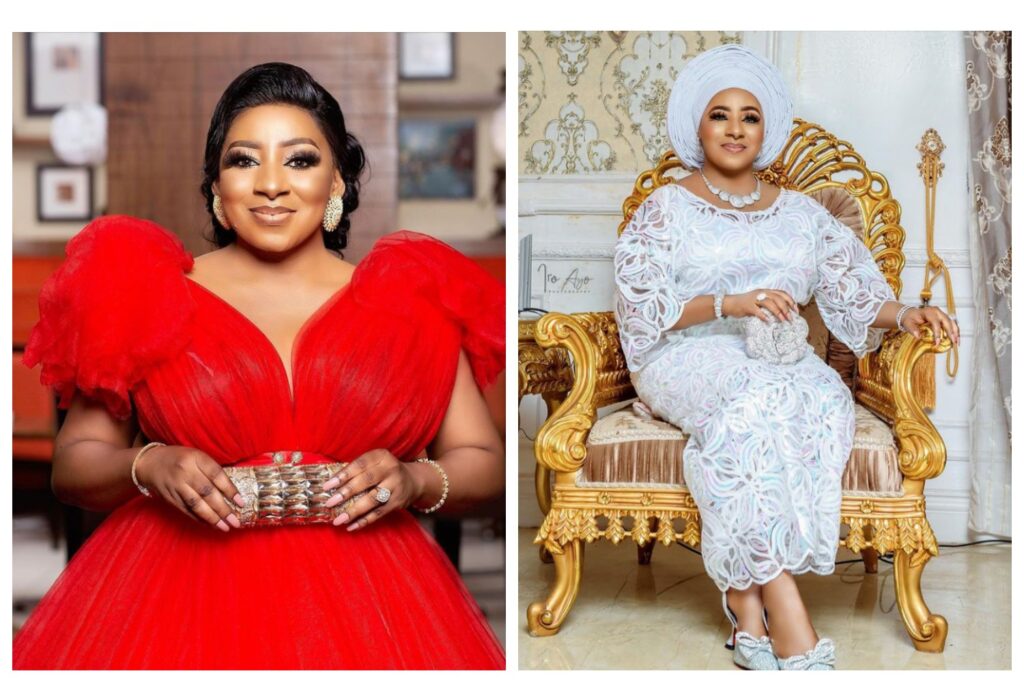 Mide Funmi Martins is a dexterous Nigerian actress, movie producer, director, model, brand ambassador, brand influencer and philanthropist. She was born to late Nollywood actress, Funmi Martins, who died of cardiac arrest in 2002. She is noted for her roles in Trust, Omo Oku Orun, Eru Eleru, Arewa amongst other movies.

Mide Funmi Martins was born on the 12th of April, 1979. She hails from the south-western part of Nigeria and was raised by her Yoruba parents. Her mother Funmi Martins was a very prominent actress who featured in elite Yoruba movies in the 90s. Sadly, she died of a cardiac arrest in 2002. Mide Funmi Martins father is also the famously celebrated Nigerian Juju musician, Shina Peters. Mide Martins was never inclined to acting in her early days. However, she saw her mom as an inspiration and success in the industry; which spurred her up to take up the profession….

Mide Martins has made a name for herself in Nollywood. After her debut many years back, she has gone on to feature in many movies including Trust, Omo Oku Orun, Eru Eleru, Arewa and many others. She is also a movie producer and director. Her works both on stage and behind the cameras have been recognized in recent times through nominations….

Mide Martins is also an advocate for traditional fashion and is often spotted dawning the Ankara style. She wears outfits designed by Ceoluminee. Before her recent spat with Mercy Aigbe, she modelled for the actress’ fashion line, MagDivas. Mide Martins also worked with Zanzeebeauty and style. She is also a philanthropist, brand ambassador and brand influencer….

Mide Martins got married to her late mother’s manager, Afeez Owo Abiodun, who is also an actor and movie producer. They are blessed with three children Anuoluwapo Abiodun, Omotola Abiodun and a bouncing baby boy; which she once referred to as ‘Prince Charming‘. She splitted with her husband some time ago. However, the couple reunited in 2016. Actress Mide Martins also has siblings that are well searched about on the social media spaces….

See her photos below;

As she shared on Instagram wishing herself she wrote;THANK YOU LORD I AM + 1
HAPPY BIRTHDAY AJOKE ELLE ZADDY

“I share messages from guys with my Dad” – DJ Cuppy shares long list of things she does with her billionaire father, Femi Otedola...

“I didn’t Know I was Pregnant with Wizkid’s Son till after 5 Months” – Wizkid’s First Babymama, Shola reveals says she saw her period...